Cassper Nyovest reveals that “the so called gate keepers or taste makers” tried to push the narrative that he can’t rap.

You should know by now that there is always an argument on social media centered on whether Cassper Nyovest can or cannot rap. Well, it makes you wonder why he’s so famous and successful even with all the backlash.

Well, Cass believes that certain people try to push the narrative that he can’t rap. SA Hip Hop star, Zakwe was recently quoted saying that Mufasa is one of the most underrated rappers in the country. In his opinion, Cass understands the rules and he applies it.

Taking to Twitter, the “Amademoni” star replied thanking the “Roots” hit maker for giving him his flowers. He revealed that the “so called gatekeepers or tastemakers tried to paint the narrative that he can’t rap because they were fans of his music”. What do you guys think about this? Sound off in the comments section. 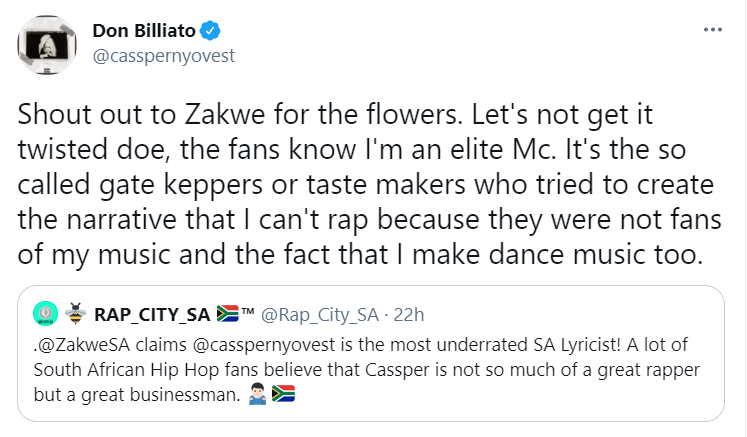