Cassper Nyovest is worried after Slik Talk continues to be MIA.

Did you ever think that the country would miss one of its loudest voices, Slik Talk? We didn’t either. Well, that proves that you don’t know how much you may enjoy something until it’s not there anymore.

Weeks back, Mzansi was treated to a boxing match that trended heavily on social media. It was the fight between an out-of-shape Cassper Nyovest and YouTuber, Slik Talk. He obviously didn’t even train.

The match ended in the second round with Cass claiming easy victory. The YouTuber was made fun of on social media but he braved it all and announced that he had received his R100 000 compensation.

Since then, Slik has been noticeably MIA. Fans have wondered what happened with him. We hear that Sol Phenduka is also wondering what’s wrong. A recent tweet by Mufasa proves that he’s also not okay with the guy being away from sight. Everyone has expected him to be back to bashing Mzansi’s biggest celebs like he usually does.

Cass tweeted that he is getting worried. He also revealed that he needs to call and check on him. Hopefully, he makes a comeback to his YouTube channel soon. 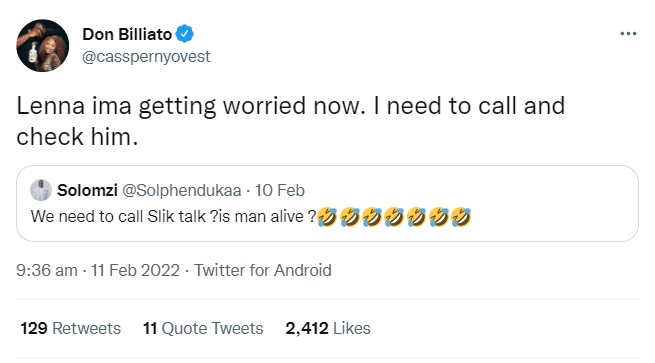 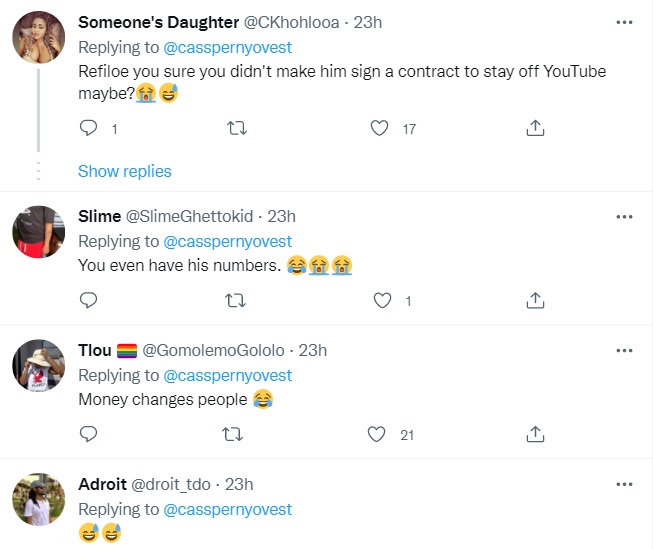 Tags
Cassper Nyovest Slik Talk
John Jabulani Send an email 12 February 2022
Back to top button
Close
We use cookies on our website to give you the most relevant experience by remembering your preferences and repeat visits. By clicking “Accept All”, you consent to the use of ALL the cookies. However, you may visit "Cookie Settings" to provide a controlled consent.
Cookie SettingsAccept All
Manage Privacy