Cassper Nyovest’s boxing March with Naakmusiq might be over, with victory for Naakmusiq, but some of the rapper’s fans are claiming that the match was rigged in favour of Cassper’s adversary.

Actually opinions have been seriously divided about the match. While some thought Cassper Nyovest won the match easily, others thought he lost it because he spent most of the time hugging his opponent instead throwing punches.

According to those pushing the narrative that Cassper won the fight but was rigged out, Hollywood Bets and Betway decided to give victory to Naakmusiq to minimise their losses because many people had bet in favour of Cassper Nyovest.

But what does Cassper think about the claim that he was robbed of his victory on April 9? The “Doc Shebeleza” chanter was pretty vague as he noted that people have their opinions. You can check out the tweet below. 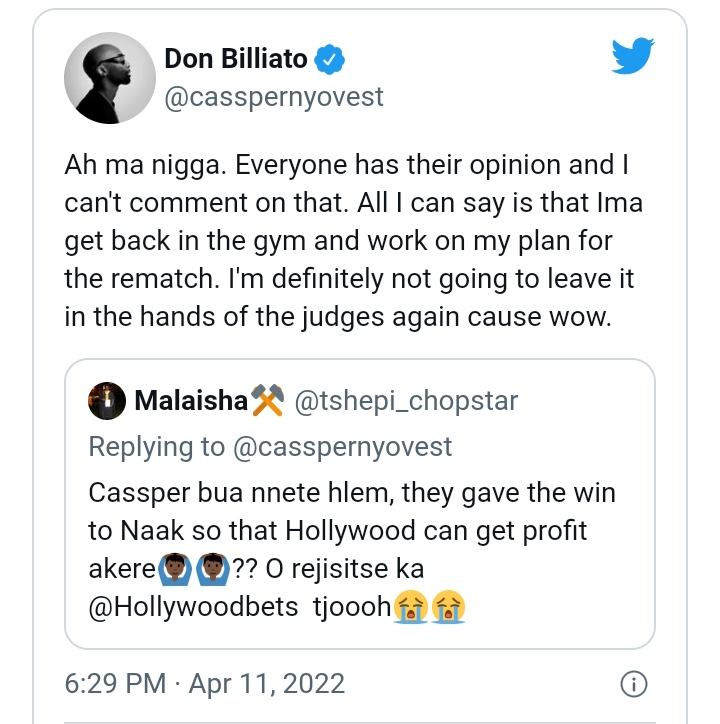 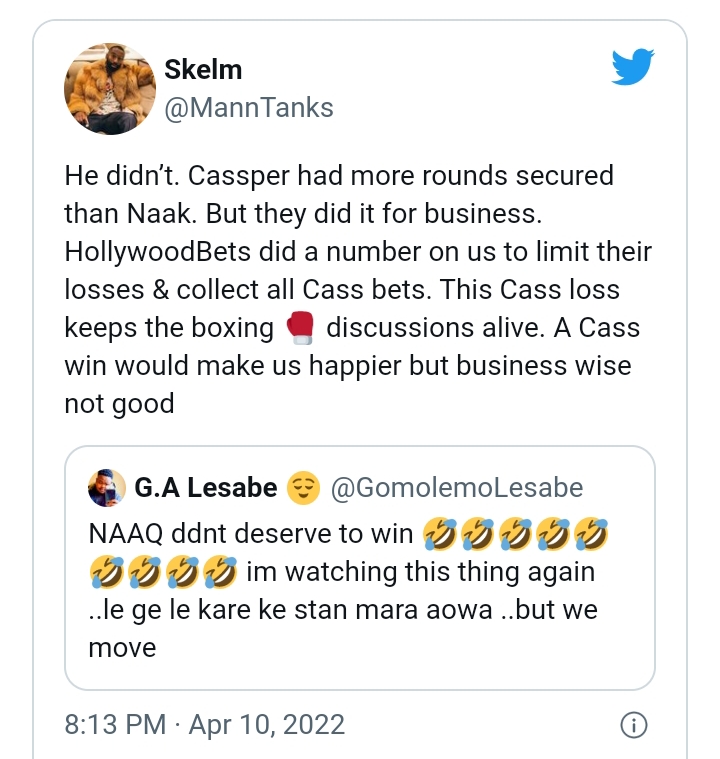 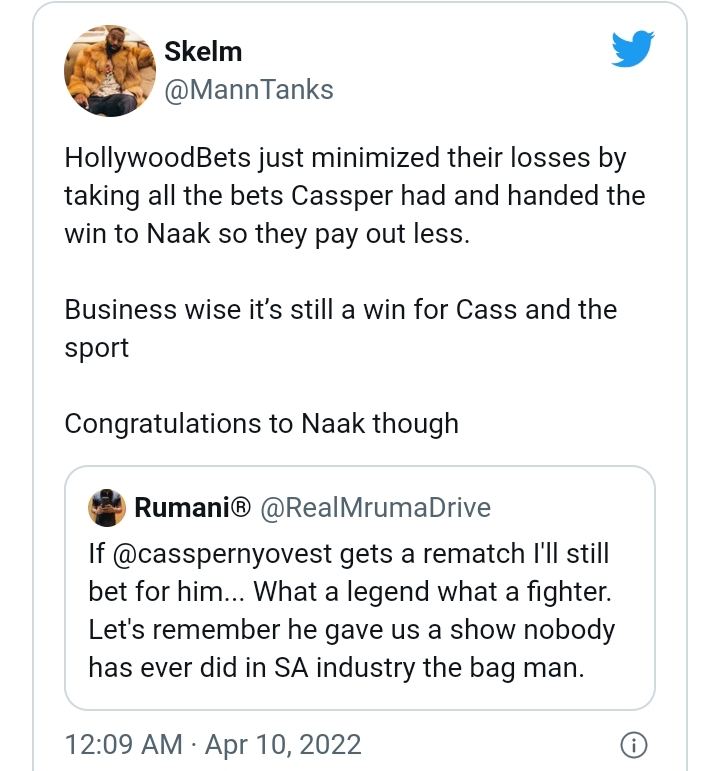 While Cassper Nyovest refused to go deeper about the politics of his loss to Naakmusiq, he’s made it clear that he’s gearing for a rematch with the Afrotainment singer.

Before the match, Cassper Nyovest had made the most news about beating Naakmusiq. Since he couldn’t fulfil that dream, he’s gearing up for another shot at victory.

Tags
Cassper Nyovest
John Israel A Send an email 13 April 2022
Back to top button
Close
We use cookies on our website to give you the most relevant experience by remembering your preferences and repeat visits. By clicking “Accept All”, you consent to the use of ALL the cookies. However, you may visit "Cookie Settings" to provide a controlled consent.
Cookie SettingsAccept All
Manage Privacy