Veteran actor Fred Ward has been announced dead. In a statement yesterday, Friday, his publicist Ron Hofmann announced the veteran actor’s passing. He was 79.

The cause of death wasn’t made public. Nor was the place of death revealed. Reports indicate the family wants it that way.

Ward was much loved for his acting prowess, with some of his core fans noting he brought a masculine charm to the roles he played.

While the thespian has features on several flicks, he especially stands out for “Tremors,” “The Right Stuff”, and “The Player.”

Ward might be famous for his acting gift, but he’d held several other positions before becoming recognised as an actor. The San Diego native had worked as a boxer and even a cook.

He’d also received several honours for his acting. He was a co-winner of the Venice Film Festival ensemble prize for his performance in Robert Altman’s “Short Cuts.” he’d also been honoured with a Golden Globe award.

The news of his death has led to an outpouring of condolence messages from fans and those who k eq him and worked with him. Among the notable figures that have dropped messages of condolence is the actor Matthew Modine, who said he was devastated by his friend’s passing. 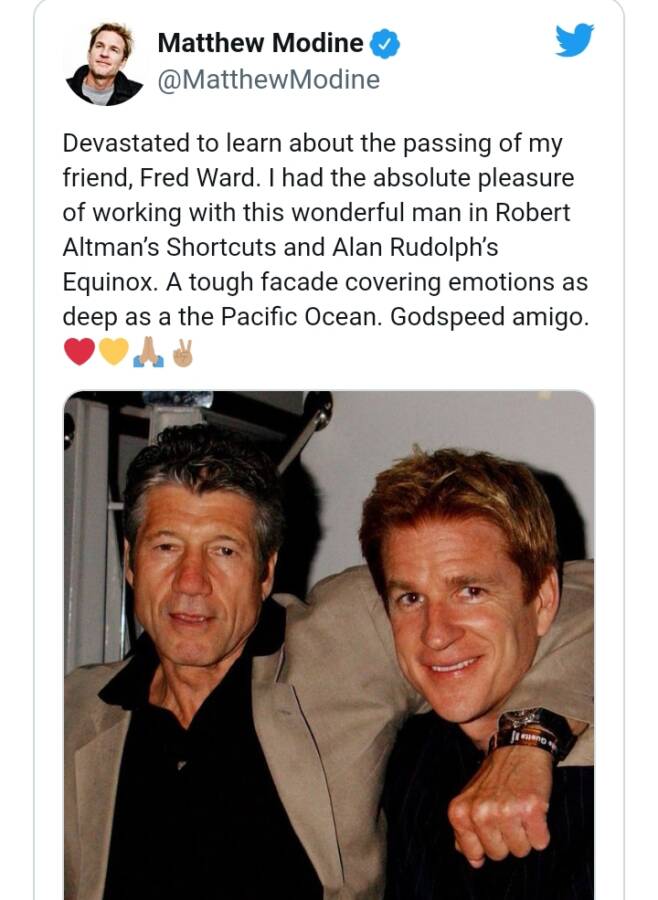 Tags
Fred Ward USA
John Israel A Send an email 14 May 2022
Back to top button
Close
We use cookies on our website to give you the most relevant experience by remembering your preferences and repeat visits. By clicking “Accept All”, you consent to the use of ALL the cookies. However, you may visit "Cookie Settings" to provide a controlled consent.
Cookie SettingsAccept All
Manage Privacy