One life taken in cold blood is as gruesome as the millions that may go down in a pogrom. Let’s forget about number and talk about life. The above was the musings of Dele Giwa, Newswatch’s founding editor-in-chief, in an article over three decades ago.

That might be true, but the film world is particularly aghast right now over the killing in Ukraine of the filmmaker Brent Renaud.

A celebrated filmmaker, Brent Renaud had snapped attention by traveling to some of the most dangerous places in the world to documentaries that brought the orbits o suffering and privation to people right in their homes. 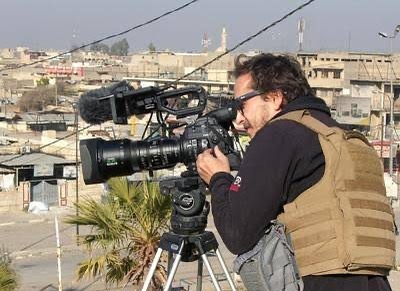 ring which Brent lost his life, American journalist Juan Arredondo had noted that he was traveling alongside Brent in a vehicle heading toward the Irpin checkpoint when Russian forces opened fire on their vehicle.

Brent was shot in the neck and did not survive his injuries. Juan himself was shot in the back but survived to tell the tale. Both journalists were heading to film refugees leaving.

The report of Brent Renaud’s killing by Russian forces has provoked tears and outrage in equal measure, with some calling for more stringent sanctions on Russia, which had invaded Ukraine and provoked the current war in Eastern Europe.

Tags
Brent Renaud USA
John Israel A Send an email 14 March 2022
Back to top button
Close
We use cookies on our website to give you the most relevant experience by remembering your preferences and repeat visits. By clicking “Accept All”, you consent to the use of ALL the cookies. However, you may visit "Cookie Settings" to provide a controlled consent.
Cookie SettingsAccept All
Manage Privacy