Cassper Nyovest has always looked forward to a boxing match with AKA, but it is looking like the Family Tree boss may not have AKA to spar with but someone else – Big Xhosa.

Using the hashtag #CelebrityBoxing, Cassper Nyovest had asked which two celebrities should step into the ring. A fan had suggested Emtee and Big Xhosa.

Although Cassper though it would be an interesting match. He however, insisted that Big Xhosa is not a celebrity and the fans should put some respect on Emtee’s name.

Burned by Cassper’s words, Big Xhosa had stated that not only can he known down Emtee, he can can knock down Cassper Nyovest as well – in the first round. This amused Cassper Nyovest, who insisted that he knows Big Xhosa was chasing clout.

He advised the younger rapper not to go in that direct as it would not end well. You can check out the detailed exchange below. 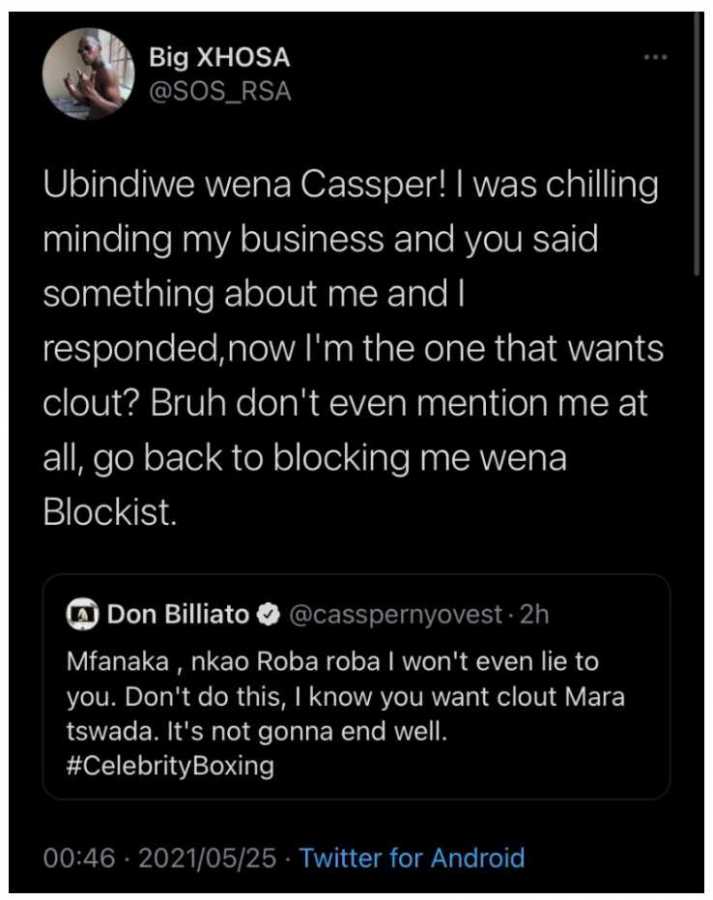 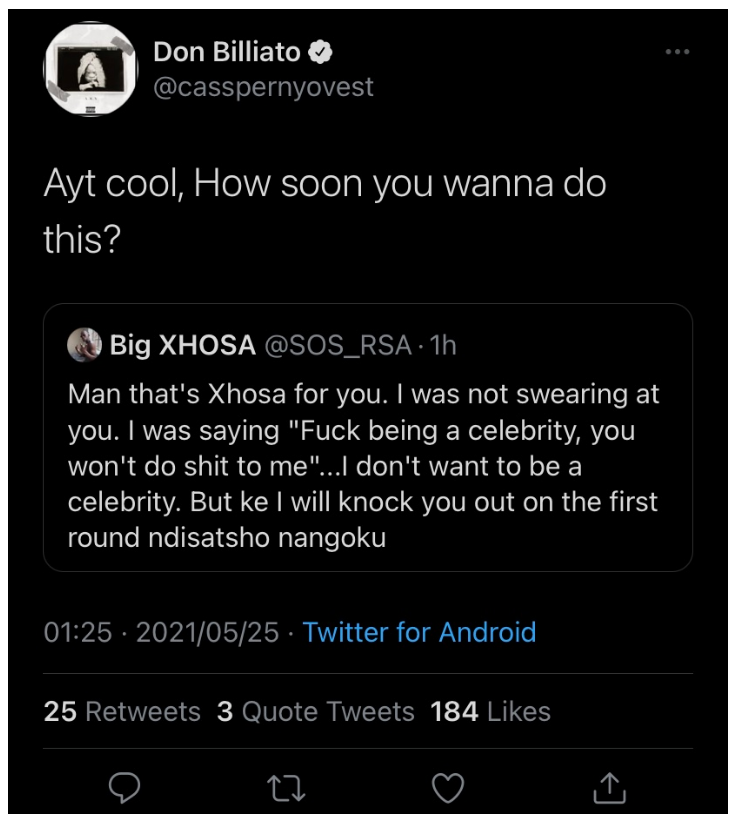 By the way, Big Xhosa had previously dissed several celebs, including Cassper and Emtee, in a song titled “Ninyile.”

What do you think of Cassper Nyovest and Big Xhosa’s critical exchange? You may want to join the conversation by dropping your thoughts in the comment section below.

Tags
Big Xhosa Cassper Nyovest
John Israel A Send an email 25 May 2021
Back to top button
Close
We use cookies on our website to give you the most relevant experience by remembering your preferences and repeat visits. By clicking “Accept All”, you consent to the use of ALL the cookies. However, you may visit "Cookie Settings" to provide a controlled consent.
Cookie SettingsAccept All
Manage Privacy