We need to send a huge shout out to all the SA Hip Hop stars who have been putting in work this year. The genre has gotten a whole lot of entries this year, and it has been amazing to witness.

Chad Da Don has been in another space this year. He has plans to serenade the airwaves with hits that are only in his name. Last time we saw him, he came through with the joint “Prada” featuring YoungstaCPT. That was a dope one. Before that, he rode with Emtee on the song “Keep It Together”.

He has now revealed plans to deliver a new one tomorrow, Wednesday, September 16. The song titled “Bana Ba Se Kolo” features contributions from Gigi Lamayne, Zingah and Bonafide Billi. This is going to be huge. 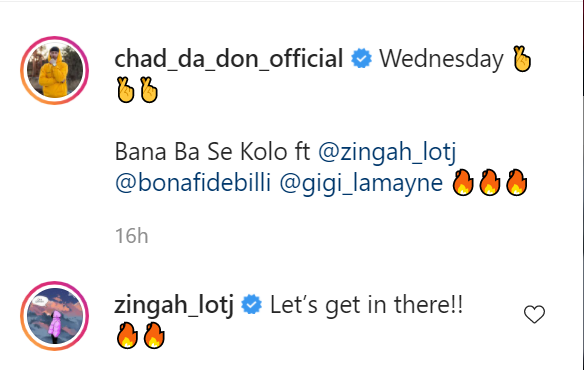 Tags
Bonafide Billi. Chad Da Don Gigi Lamayne Zingah
John Jabulani15 September 2020
Back to top button
Close
We use cookies on our website to give you the most relevant experience by remembering your preferences and repeat visits. By clicking “Accept All”, you consent to the use of ALL the cookies. However, you may visit "Cookie Settings" to provide a controlled consent.
Cookie SettingsAccept All
Manage Privacy