We all can’t deny that talented SA Hip Hop star, Chad Da Don has been putting in a lot of work this year. He has also been doing really well, dishing amazing joints and collabs.

He has teamed up with Emtee for the dope joint “Keep It Together”, and most recently dropped “Bana Ba Se Kolo” featuring Gigi Lamayne, Zingah, and Bonafide Billi. His contribution to the SA Hip Hop scene is quite undeniable. He usually drops the kind of songs that take over the airwaves.

Not too long ago, he delivered the YoungstaCPT feature “Prada”. The song hit the airwaves hard. Now, in a series of posts shared to his Instagram page, he has revealed that the song’s official music video will be dropping tomorrow. That’s on Tuesday, September 22. This is a good one to anticipate. 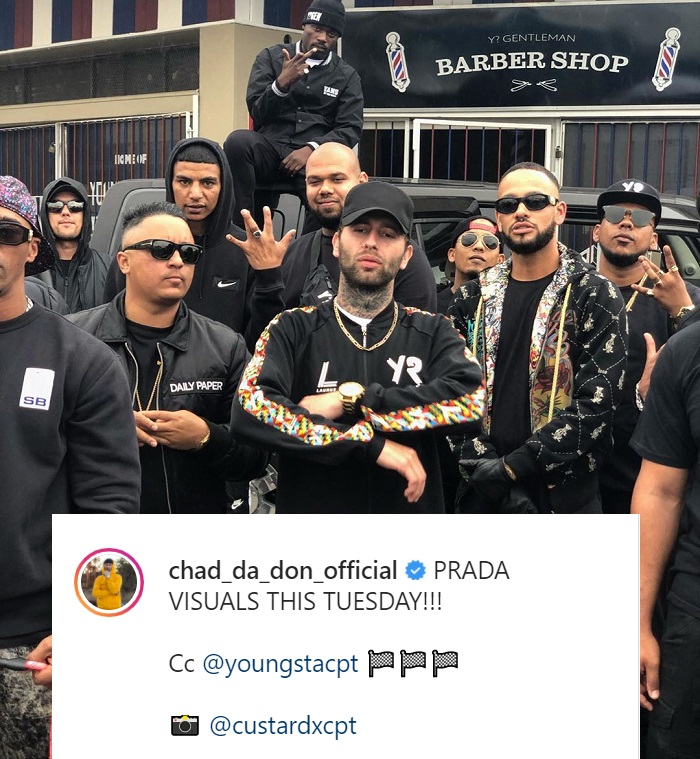 Tags
Chad Da Don YoungstaCPT
John Jabulani Send an email 21 September 2020
Back to top button
Close
We use cookies on our website to give you the most relevant experience by remembering your preferences and repeat visits. By clicking “Accept All”, you consent to the use of ALL the cookies. However, you may visit "Cookie Settings" to provide a controlled consent.
Cookie SettingsAccept All
Manage Privacy