“Yass Bitch” rapper Boity has provoked the ire of Christians across Mzansi when she tweeted yesterday Sunday 26 July 2020 that the Bible, the holy book of the Christians, is the epitome of patriarchy.

What Boity said isn’t new, though. She was merely mouthing what has been said by many feminists for a long time. In sharing her opinion she had open the subject for debate once again and annoyed Christians along the way. 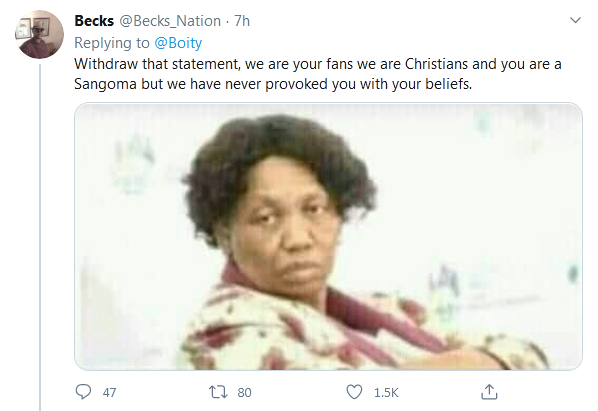 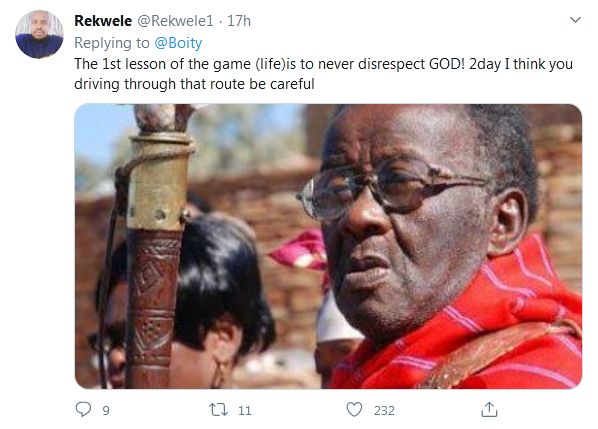 Well, despite the opposition to her position, she has got many who share her thoughts the Bible is the epitome of patriarchy. A follower who goes by the title @MakgotsoM1 agreed with her, stating that other religions and belief systems are pretty much the same. 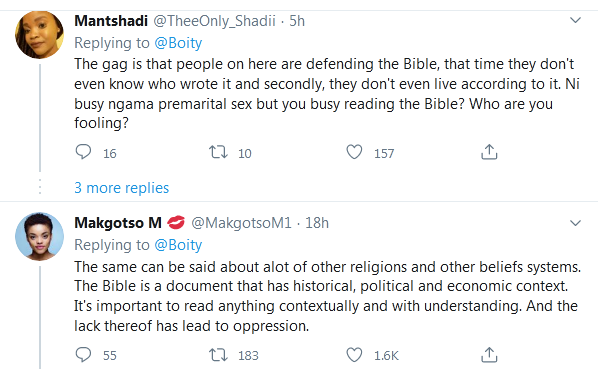 The debate about patriarchy has been on for years now, and it appears it will neither dissipate nor be ignored and forgotten anytime soon

By the way, Boity once had a stint as a Christian. In fact, it is said she combines a belief in God with her practice as a local healer (Sangoma). She qualified as a sangoma years ago.

Do you agree with Boity that the Bible is the epitome of patriarchy? You might wish to join the conversation by dropping your thoughts in the comment section.