Connie Ferguson is still trying to process her husband Shona Ferguson’s death. The actor and movie producer died last week Friday at the age of 47.

He died from COVID-19 complications and not from a botched heart surgery, as earlier reported (not by us). His death sent shockwaves across the movie industry in South Africa.

In a note on Instagram,. Connie had relived her time with her husband, stating that God loved her so much to have given Shona to her. Apparently she and Shona would have celebrated their 20th wedding anniversary in November. But fate intruded.

He might be dead now, but Connie made it clear he’ll live forever in her heart and she’ll be looking forward to seeing him again in eternity. Her union to him, was, she insists, her greatest love story.  You can check out her post below 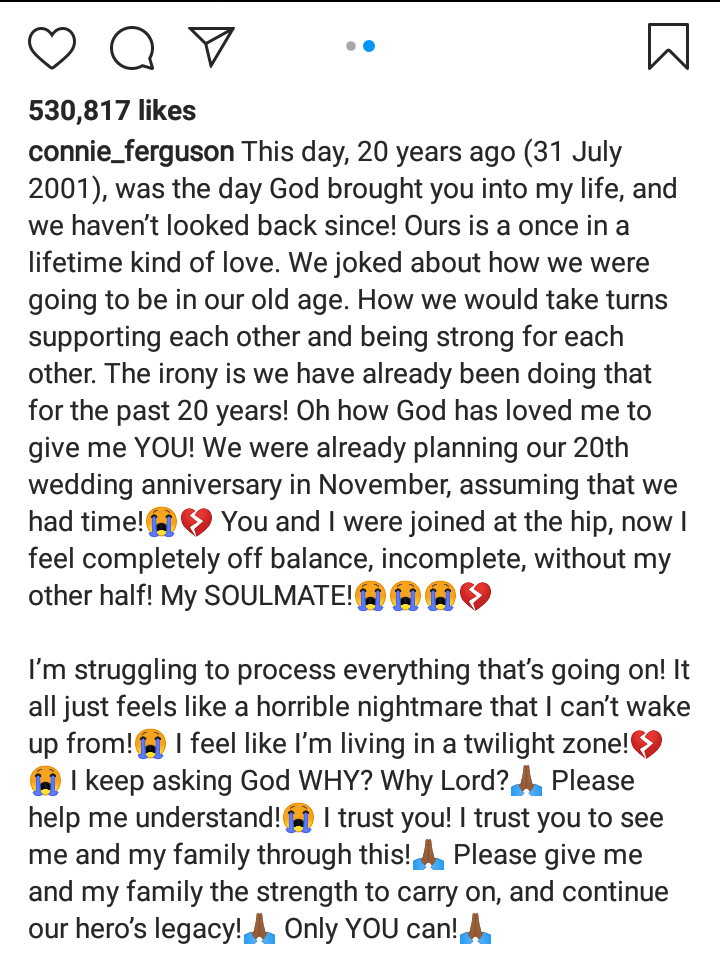 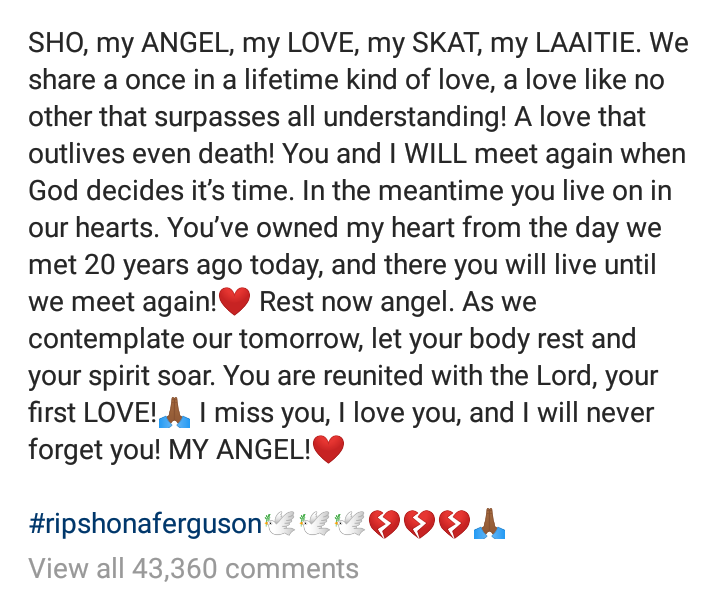 Shona might be gone, but his legacy will certainly outlive him. Prior to his death, along with Connie, he had founded Ferguson Film and masterminded several interesting flicks, including The Queen. He was gearing to open a film school at the time death intervened.

Will his death put an end to the film school idea? We earnestly hope not.