Will the controversy ever end for Lalela Mswane? Controversy is brewing over her choice as South Africa’s representative for the Miss Supranational competition later this year.

Lalela, who won the Miss SA beauty pageant, had represented the country at the Miss Universe competition in Israel.

With the announcement that she would be representing the country later this year at the Miss Supranational competition, controversy had broken out, with many people asking why one of the two runners-up (Moratwe Masima and Zimi Mabunzi) in the Miss SA competition in which Lalela came tops had not been selected as earlier announced. 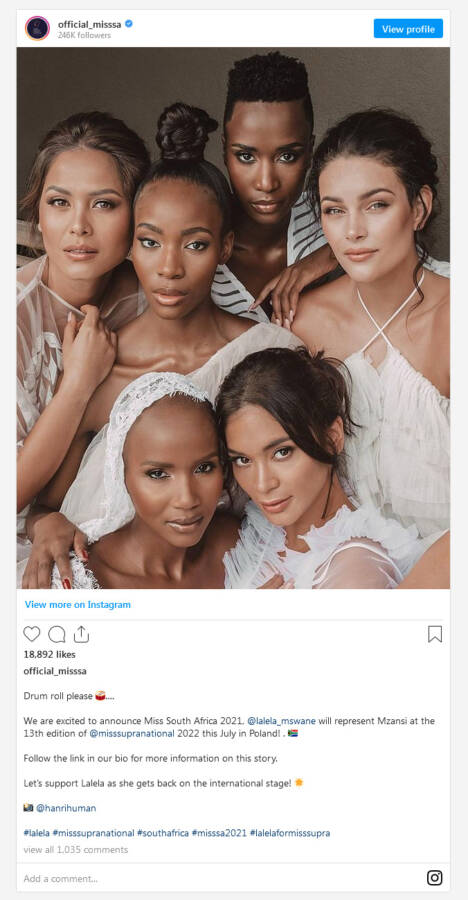 It cannot be determined why Lalela was picked over the other two to represent South Africa at the Miss Supranational holding this July in Poland, but some South Africans are not having the decision made by the Miss South Africa organizer. You can see some reactions below. 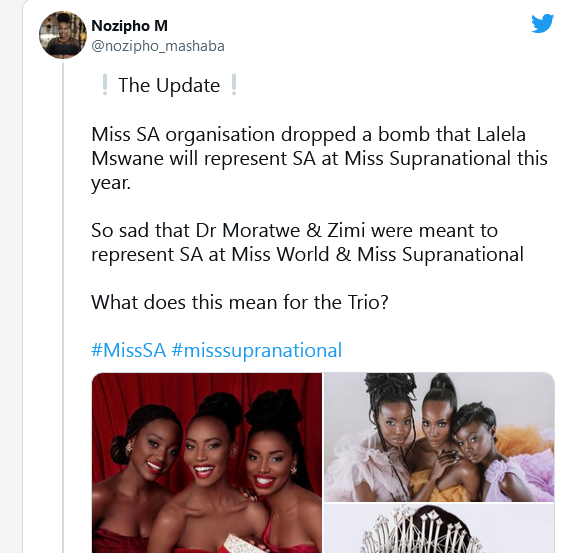 With the current opposition to the choice of Lalela as Mzansi’s rep for the imminent pageant in Poland, it would be interesting to see if the Miss SA organizers would change their minds and pick someone else.

It would be monumental news of Lalela should opt out as well, to give a chance to her friends.

Tags
Lalela Mswane
John Israel A Send an email 17 February 2022
Back to top button
Close
We use cookies on our website to give you the most relevant experience by remembering your preferences and repeat visits. By clicking “Accept All”, you consent to the use of ALL the cookies. However, you may visit "Cookie Settings" to provide a controlled consent.
Cookie SettingsAccept All
Manage Privacy