There’s an ongoing dispute right on whether the popular Mzansi Magic telenovela The Queen has been canceled.

The drama started after a popular entertainment blogger, Phil Mphela, tweeted that Brenda Ngxoli, who played the role of Noma, had quit the show owing to salary issues that could not be resolved.

In response, Brenda had dismissed the claims as false, accusing Phil Mphela of spreading “wack gossip.”

Angered by that, Phil Mphela had threatened to reveal what he would otherwise not have revealed earlier because some cast members of the telenovela had not been informed.

In his follow-up bombshell, Phil Mphela claimed that The Queen has been canceled and will not be renewed after this year.

Regarding Phil Mphela’s claims, Ferguson Films casting director and daughter of Connie Ferguson, Lesedi Matsunyane-Ferguson, fired back at Mphil, stating the blogger decided to tarnish the reputation of another person as well as a production company because his ego got hurt.

Connie Ferguson, who co-owns Ferguson Films, has not said anything regarding the Drama. For its part, M-Net had promised to release a statement later in the week. 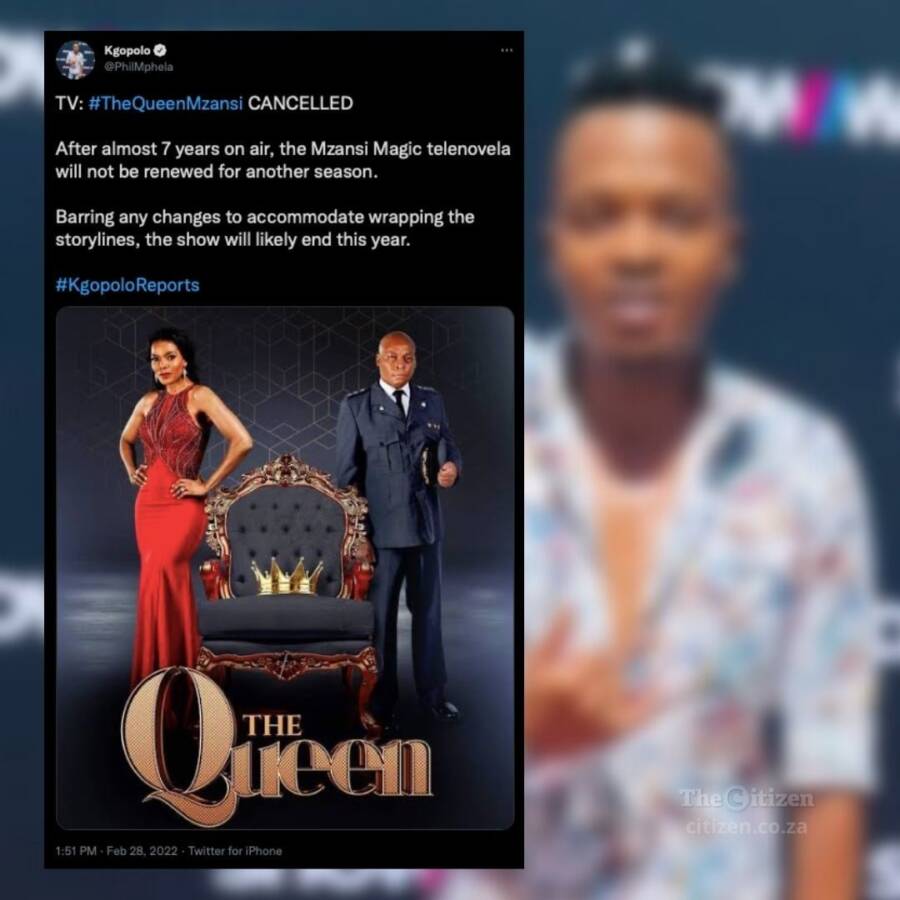 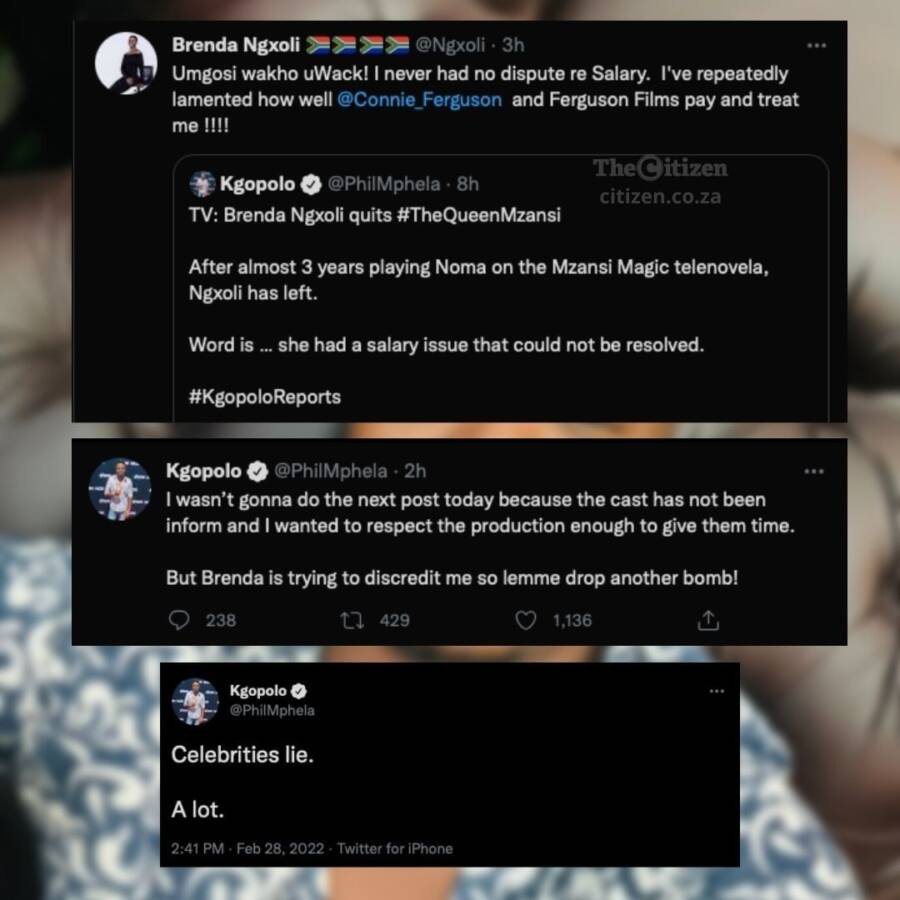 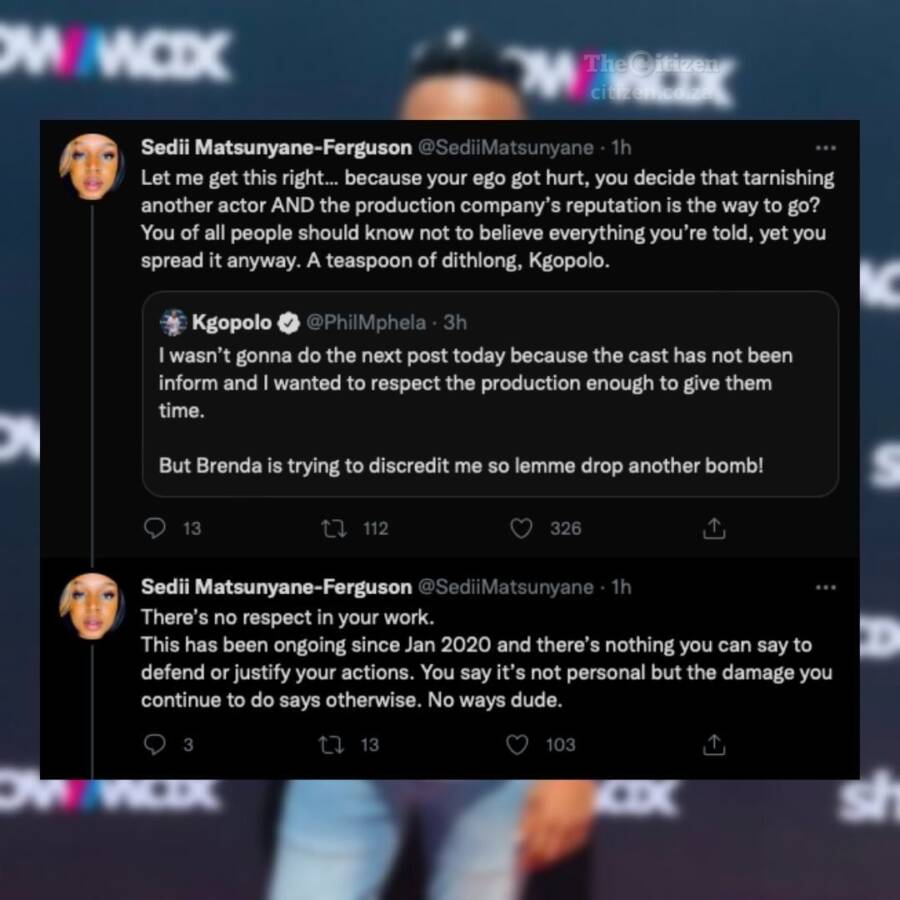 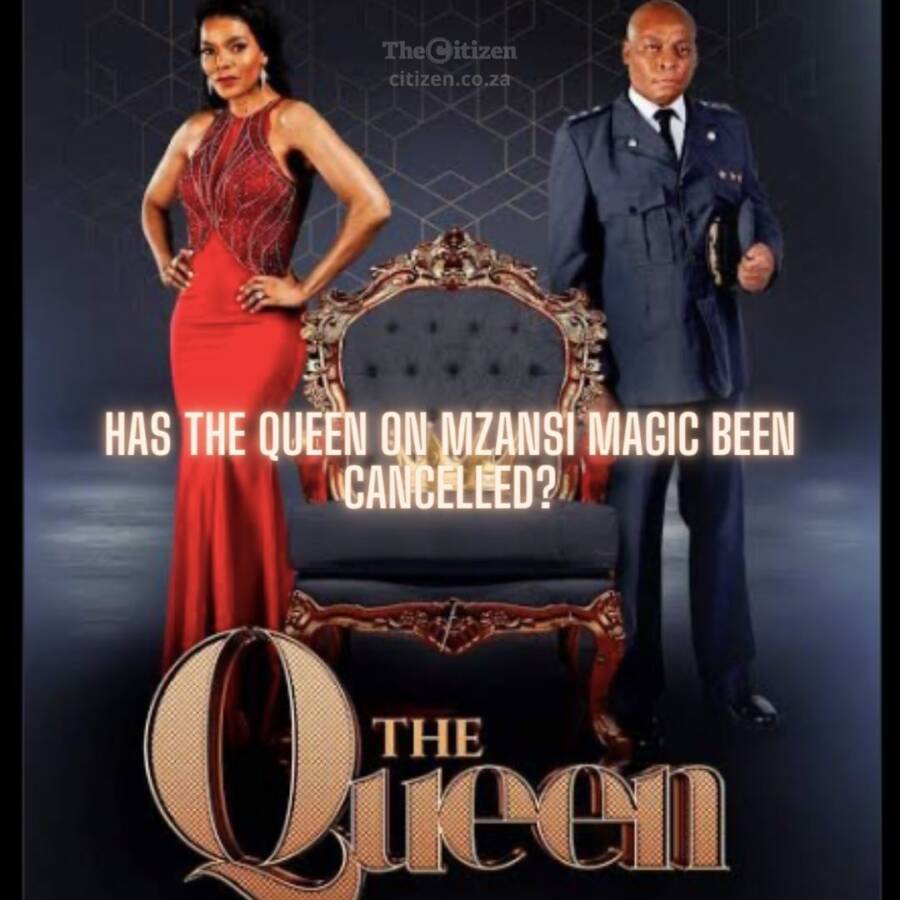 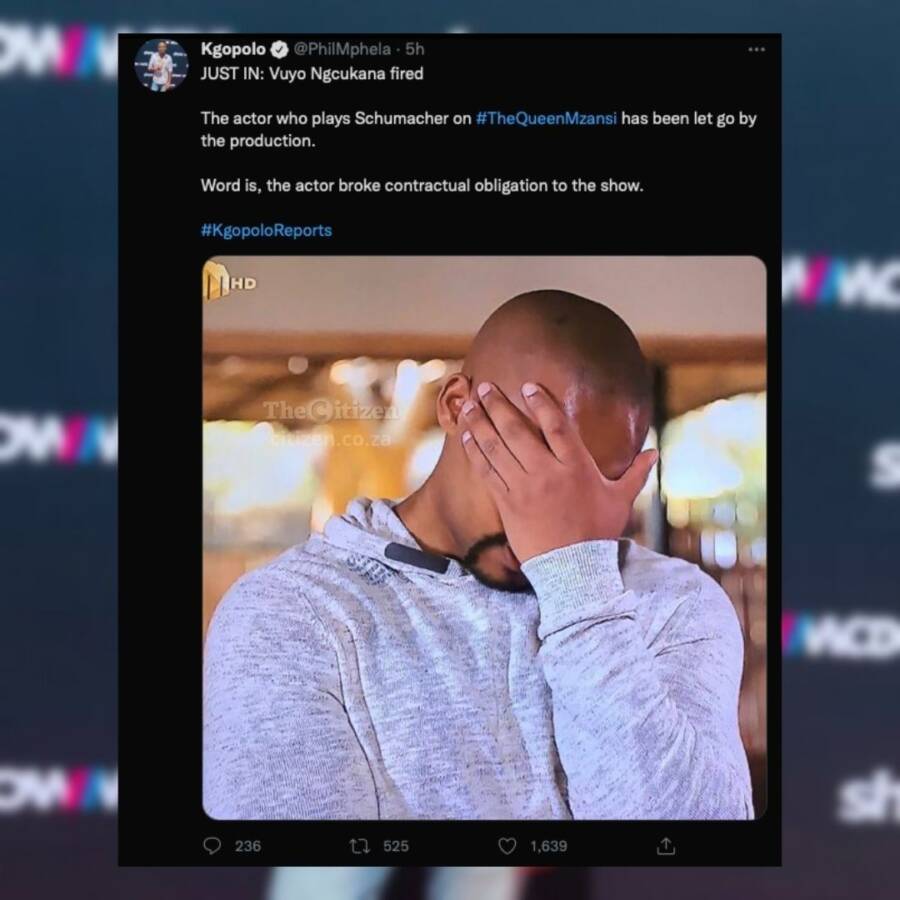 The Queen wouldn’t just vanish, obviously. There has to be an official statement regarding its exit. Stay tuned.

Tags
The Queen
John Israel A Send an email 1 March 2022
Back to top button
Close
We use cookies on our website to give you the most relevant experience by remembering your preferences and repeat visits. By clicking “Accept All”, you consent to the use of ALL the cookies. However, you may visit "Cookie Settings" to provide a controlled consent.
Cookie SettingsAccept All
Manage Privacy