Howdy, United Arab Emirates and Oman? It’s your bloke Costa Titch. The dude will be on his way presently for a tour to promote his latest single, “Just Do It.” Y’all ready? Let’s roll!

In a post on his verified Instagram page yesterday, Monday, September 9, the songster informed fans of his tour of the Middle East, covering the countries mentioned earlier.

The UAE leg of the tour will hold on the 48th floor of the Conrad Hotel. The songster dropped a phone number for the benefit of those who might want to enquire about the tour. You can check out the post below. 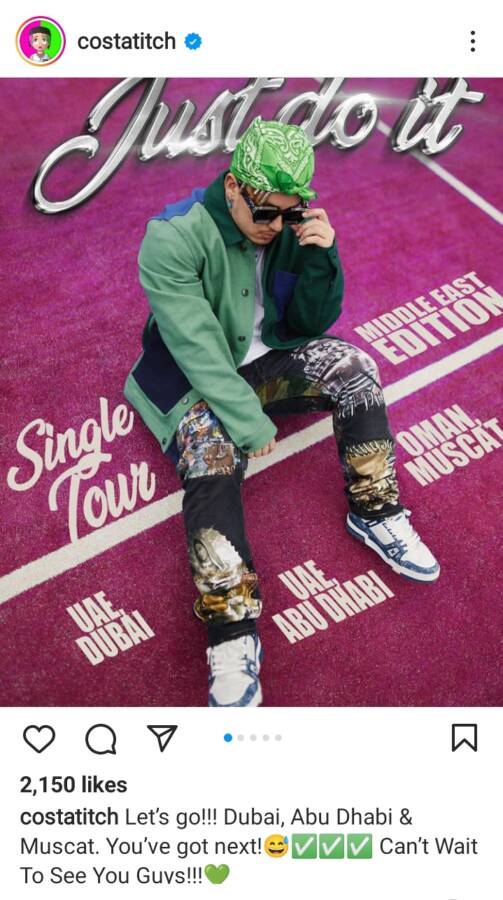 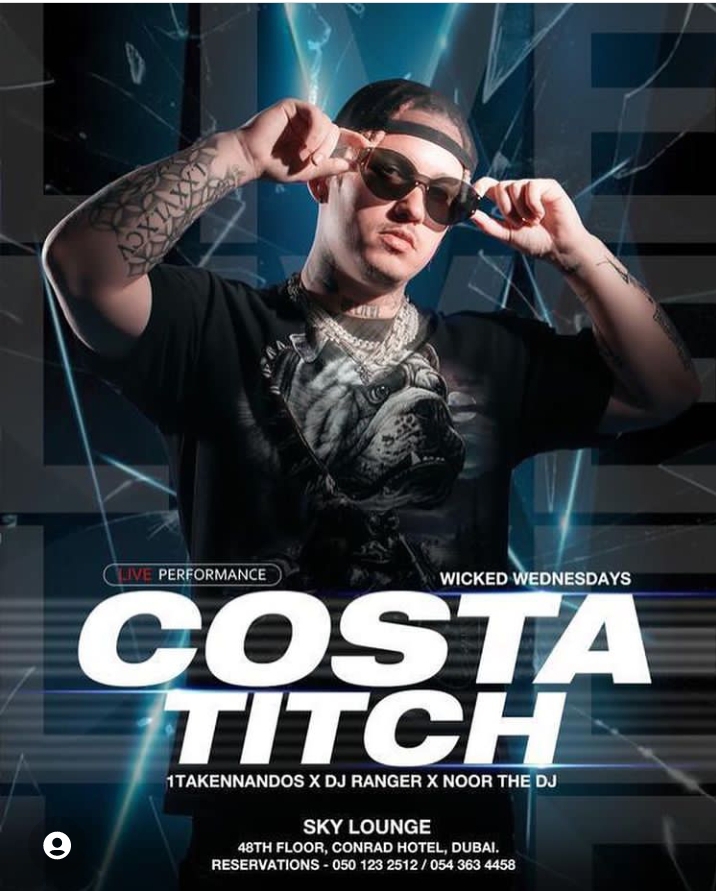 By his admission, the songster can’t wait to make the trip and perform for his fans. It’d be significant for him because it’d be his first performance at that venue. But of course, he wouldn’t be the first African to perform in the Emirates.

Costa Titch is one of South African hip hop notables. And like some notables, he’d flirted heavily with amapiano. But hip hop is clearly where his faith is thoroughly watered.

In fact, at some point, during the debate about the state of South African hip hop, he had firmly held his ground that hip hop isn’t dead, contrary to what some of his compatriots were claiming at the time.

Tags
Costa Titch
John Israel A Send an email 20 September 2022
Back to top button
Close
We use cookies on our website to give you the most relevant experience by remembering your preferences and repeat visits. By clicking “Accept All”, you consent to the use of ALL the cookies. However, you may visit "Cookie Settings" to provide a controlled consent.
Cookie SettingsAccept All
Manage Privacy