“Bang Bang” rapper Nicki Minaj had been severely criticized over her statements regarding coronavirus vaccines.

In a tweet, she had claimed that a cousin’s friend in Trinidad became impotent after taking the jab, leading his fiancée to call of the wedding. You can check out the post below.

Also, she had reportedly not attended the Met Gala because she was against vaccines.

Responding to her tweet, a fan had indicated that she had to get vaccinated because they wouldn’t let her work without getting the jab.

Reacting to the fan, the “Megatron” rapper admitted she knew that much, adding that some countries wouldn’t let people work without it. She also recommended people get the vaccines so they can feed the families.

And for those who think she’s anti-vaxxer, she clarified that she’d be getting the jab herself so that she can go on tour, as well as handle other businesses. 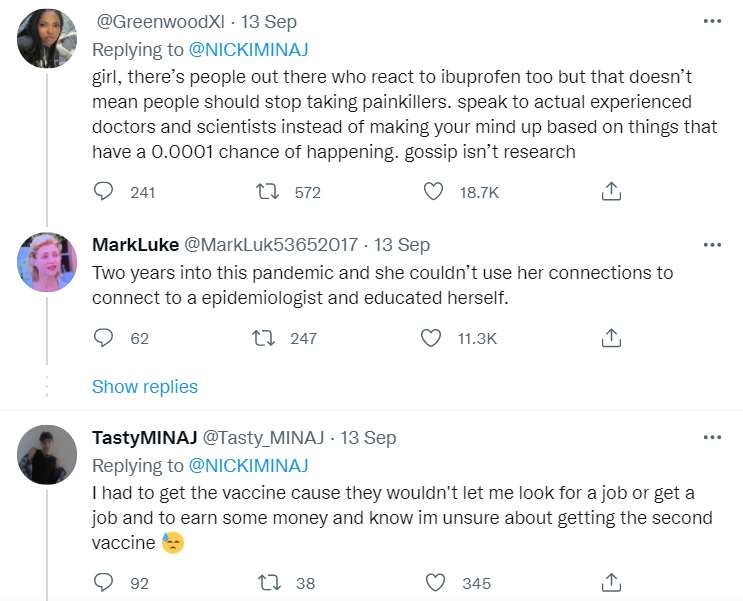 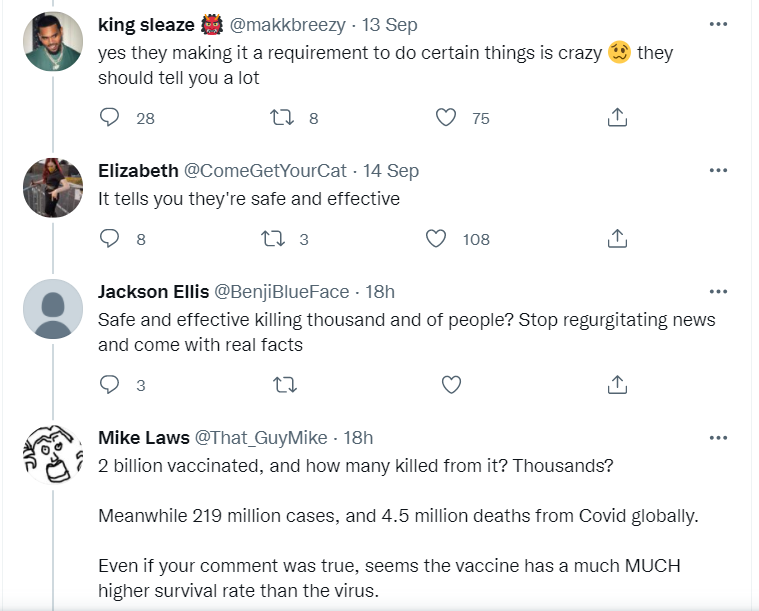 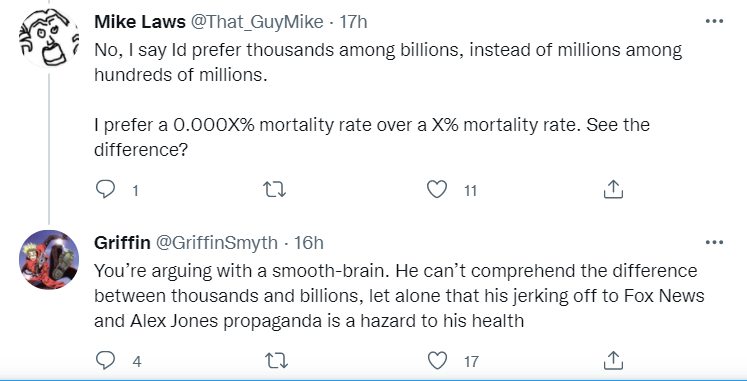 She also shared another tweet in which she asked her fans which of the many vaccines in the market they would recommend. See below. 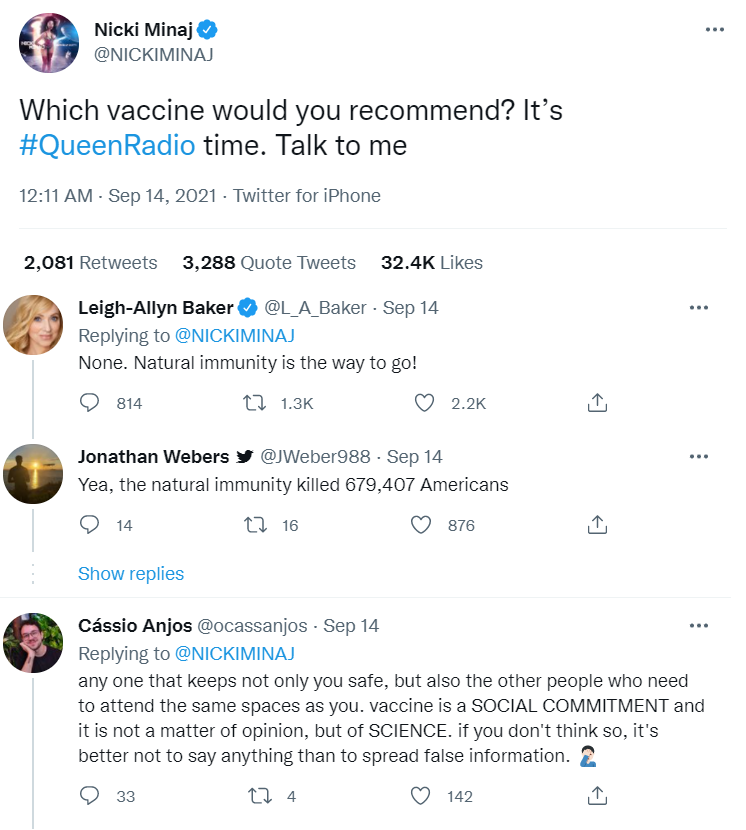 The tweet erases claims she’s anti-vaccine. Or what do you think? You’re welcome to join the conversation by dropping your thoughts in the comment section below.