The beef between Emtee and Cruz Afrika is escalating fast as Cruz pops a diss track against him, titled “Empty.” In other words, he sees his adversary as nothing more than a vacuous barrel. 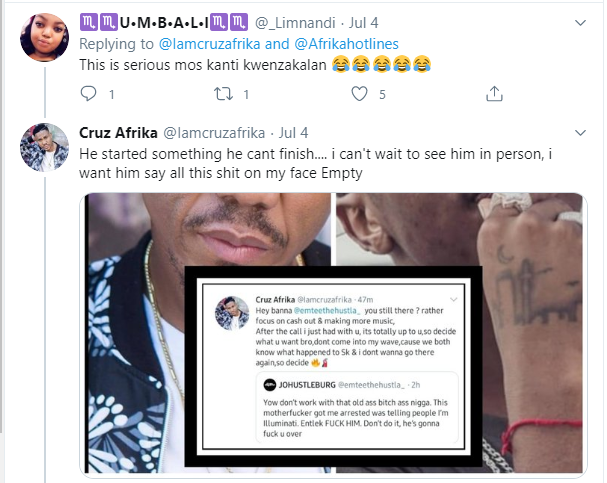 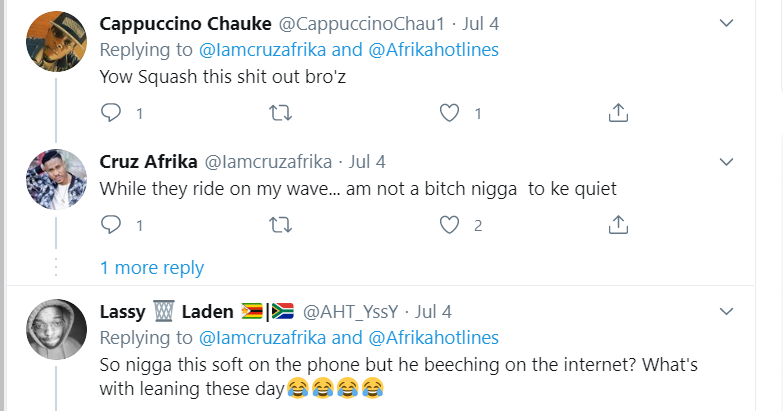 Cruz Afrika and Emtee have had a quarrel for years now. There appeared to have been an interlude until July, when it emerged that Chad Da Don wanted to feature Cruz Afrika on one of his songs.

Emtee had objected to the collaboration, warning Chad Da Don in a tweet that Cruz Afrika was an old ass bitch that would fcuk him (Chad Da Don) over. Chad Da Done apparently heeded Emtee’s advice.

In a tweet he thanked Emtee for the early warning, as he was already in the process of sending a verse to Cruz Afrika.

Emtee’s demarketing strategy infuriated Cruz Vodka and he yelled angrily that he didn’t need the verse to breathe or be alive. He would bring Emtee’s baby mama, Nicole Chinsamy, into the beef. According to Afrika, his friend had slept with her.

What do you think of the latest turn in the beef between the two artistes? You might wish to join the conversation by dropping your thoughts in the comment section below.

Tags
Cruz Afrika Emtee
John Israel A Send an email 15 July 2020
Back to top button
Close
We use cookies on our website to give you the most relevant experience by remembering your preferences and repeat visits. By clicking “Accept All”, you consent to the use of ALL the cookies. However, you may visit "Cookie Settings" to provide a controlled consent.
Cookie SettingsAccept All
Manage Privacy