AKA has got a fine product in which he is well pleased, and he is averse to anyone copying it.

To ensure that his fans stick to the real thing and not buy imitation, the songster had taken to Twitter to warn them. He urged them to be aware of cheap imitations while informing them that there can be only one pioneer – in this case his Cruz Vodka AKA Watermelon. 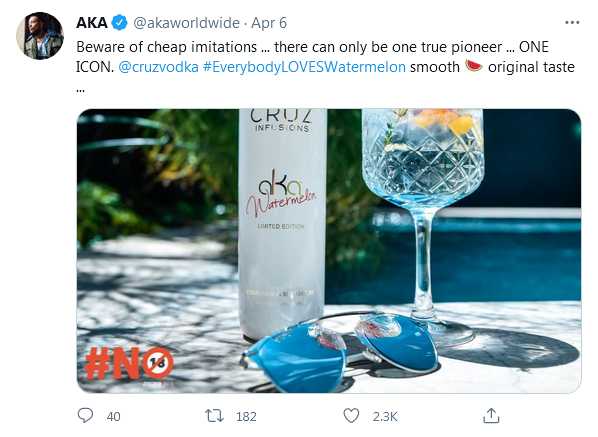 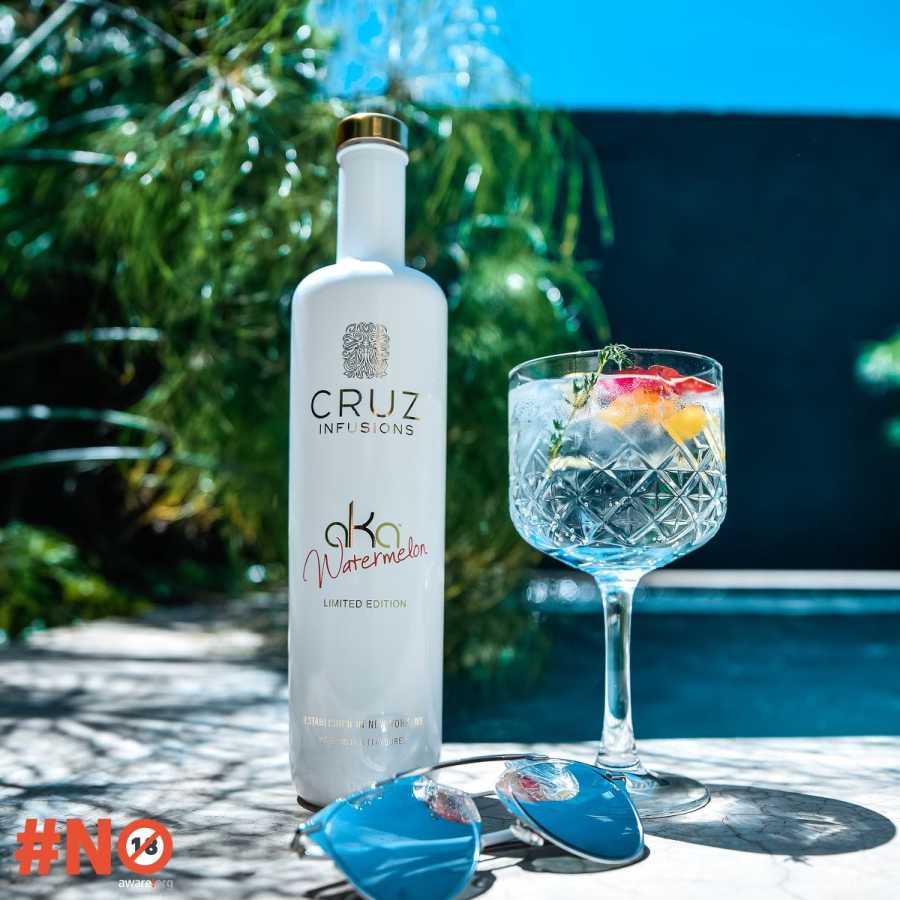 AKA does not joke with his brand. In fact, when alcohol was banned surprising the lockdown, he was in the vanguard for the lifting of the ban. Not only did his advocacy help his brand, it also helped other alcohol distillers as well.

By the way, AKA also sees himself as the champion of products. In fact, he calls himself king in this area while urging the unwary not to play with him. According to him, he’s been at it for over a decade. Of course, not his fans agreed with his verdict here.You can check out his post below. 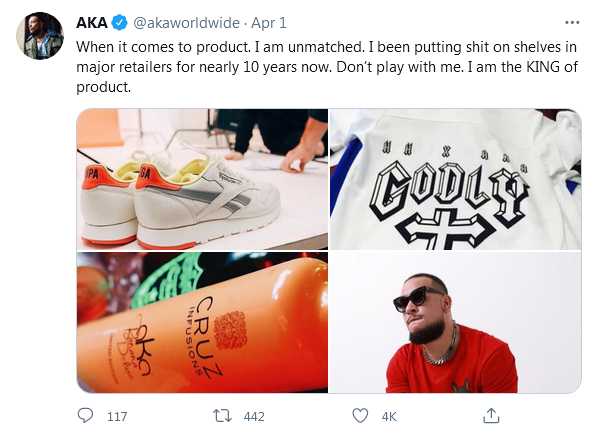 Well, what do you think of AKA’s warming to fans regarding his Vodka brand? You may want to join the conversation by dropping your thoughts in the comment section below.