There appears to be a rift between celebrity couple Natasha Thahane and her footballer boyfriend Thembinkosi Lorch.

The couple has not only unfollowed each other on Instagram, but they have also posted cryptic messages suggesting all was not well in their relationship.

Lorch made the first move this time. In a post to Instagram Stories, he had written: “Be real with me. I respect honesty.” Hours after Lorch’s post, Natasha Thahane had posted to her Instagram Stories, “Never been so calm in the middle of a storm. It can only be God.” 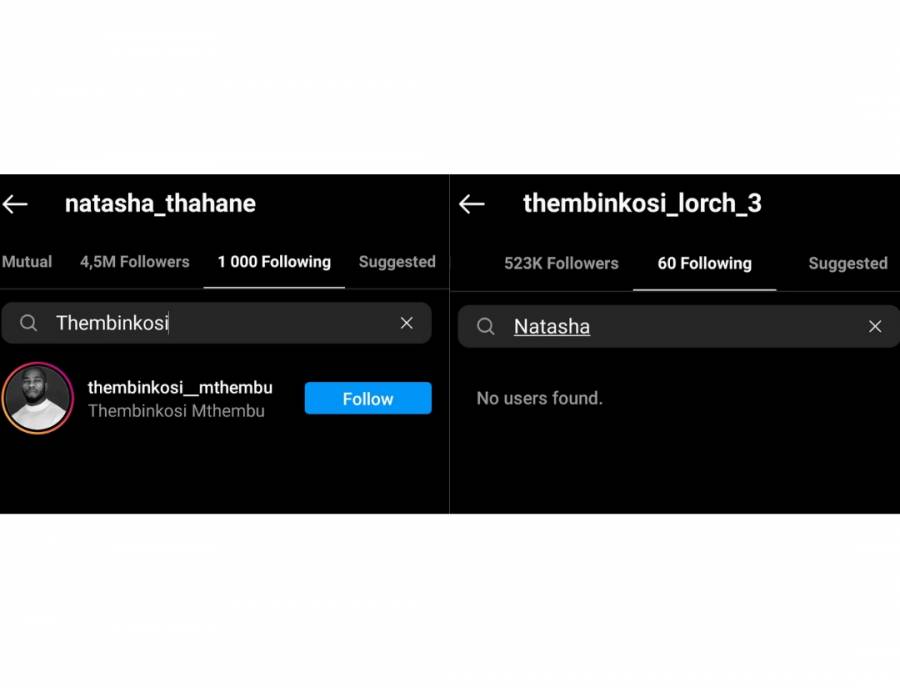 By the way, when news of a breakup erupted online about a month earlier, Lorch had subtly denied it by sharing a picture of Natasha Thahane as his driver for the day. Could it be that they actually had a tiff back then but were trying to resolve it?

Neither of them has been direct about a tiff. Anyway, we’re following events keenly and will bring you new details as they drop. If you want to miss nothing about this developing story, simply follow our social media channels.

Tags
Natasha Thahane Thembinkosi Lorch
John Israel A Send an email 7 September 2021
Back to top button
Close
We use cookies on our website to give you the most relevant experience by remembering your preferences and repeat visits. By clicking “Accept All”, you consent to the use of ALL the cookies. However, you may visit "Cookie Settings" to provide a controlled consent.
Cookie SettingsAccept All
Manage Privacy