The Big Hash and Da L.E.S have just weighed in on the beef between Emtee and Flvme

In case you missed it, a beef was ignited between Emtee and Flvme after the former tweeted asking his fans to name a South African artiste who has better hooks that him. Flvme has responded that he doesn’t think Emtee is better than him.

In response, Emtee had stated that Flvme need not have said what he did but ought to have just passed as he wasn’t really looking for a comparison. Flvme had fired back, stating Emtee last released a hit in 2017 and things spiraled from there.

For the past few days, Emtee and Flvme have been dissing each other online in their bid to show who was – really is – the better artiste.

At some point, Emtee had sated that he dropped out of school. He urged those who didn’t to share their matric, claiming to want to check out something. The Big Hash responded that a matric does no really define one, sharing that he doent even have a matric but is now working with leading industry figures. 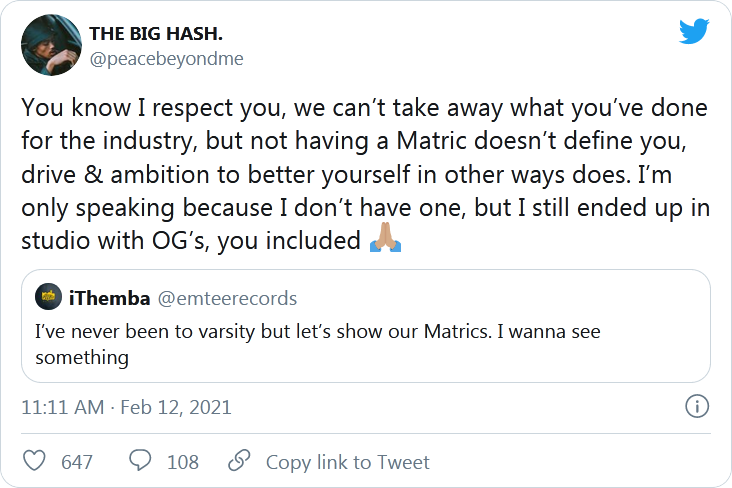 On his part, Da  L.E.S though Flvme and Emtee are walking down degrading paths with their beef and he urged them to stop. 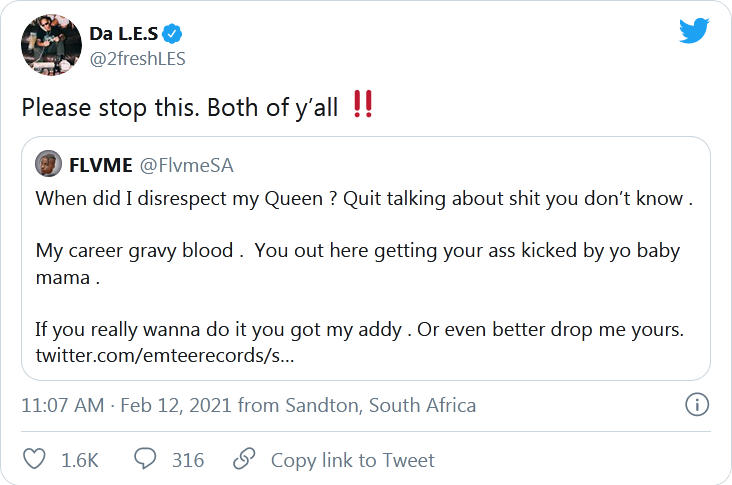 Tags
Da L.E.S The Big Hash
John Israel A Send an email 13 February 2021
Back to top button
Close
We use cookies on our website to give you the most relevant experience by remembering your preferences and repeat visits. By clicking “Accept All”, you consent to the use of ALL the cookies. However, you may visit "Cookie Settings" to provide a controlled consent.
Cookie SettingsAccept All
Manage Privacy