Popular Venda artiste Makhadzi found herself an object of ridicule again after a photographer shared revealing images of her performing her soul out in a bid to promote his own brand.

Some of the pictures the photographer shared Makhadzi’s inner thighs, which was kinda dark. It was the thighs that her critics focused on as they mocked her.

Makhadzi found herself apologizing to her fans over the photos. In a Facebook post, she said that she would like to apologize if her fans felt disappointed by the pictures.

She said there were plenty of beautiful pictures that a cameraman could have posted, but that cameraman chose to share those to promote his brand, forgetting the damage he was doing to hers.

Her core fans rushed to her defence, though, stating that there was nothing to apologize for, since she was not the one who shared the pictures with the public. Some public denounced the cameraman, wondering what he stands to gain from sharing the pictures. 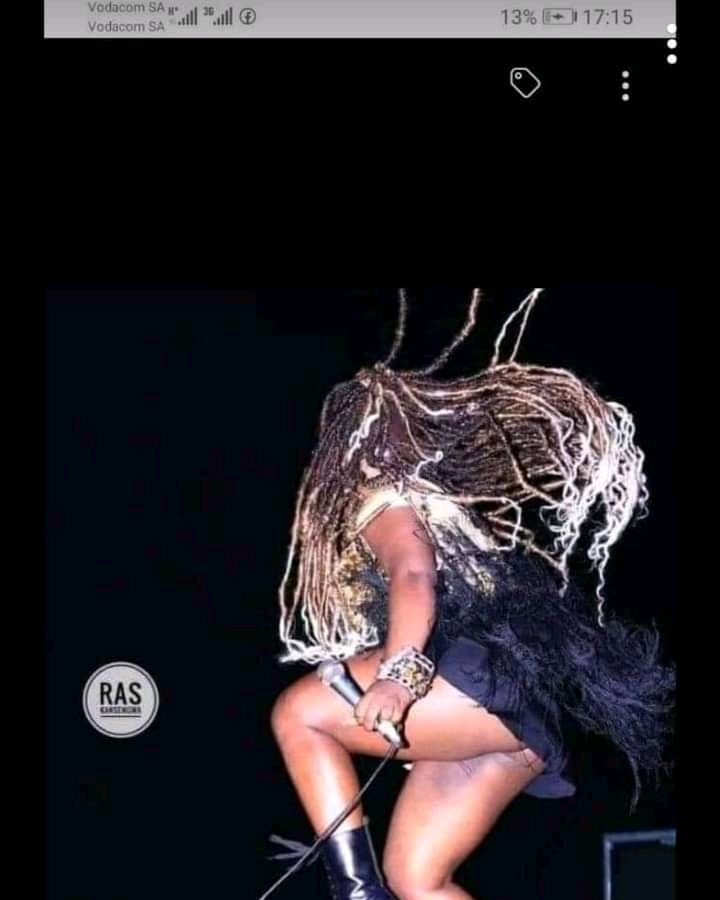 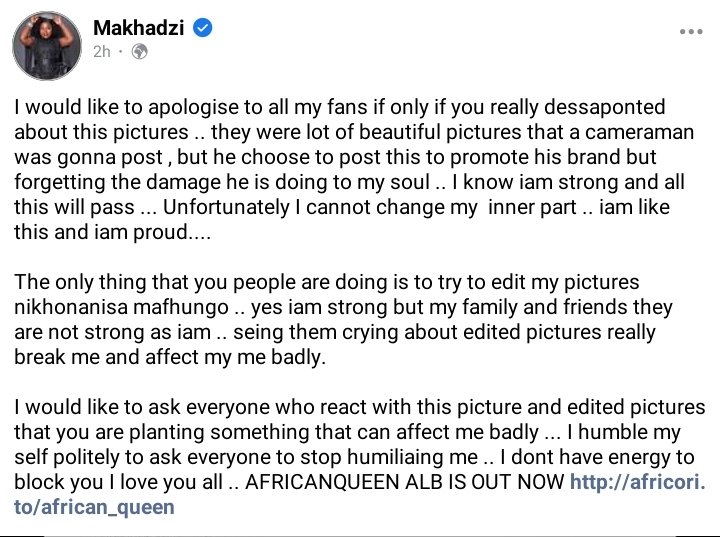 Some of her fans were heartbroken that she should even apologize for the photos. Anyway, what’s happened has happened and Makhadzi, easily one of the most successful under-30 musicians in South Africa, is going on with her life.