Sunday is over and a new day, Monday, is here, but South Africans are cool with regurgitating their fix of Date My Family, one of the notable reality shows in the Rainbow Nation.

Although there are several characters – or cast members, if you please – Mmatshepo is among those who have stood out so far.

Many reasons might account for this, as some Twitter users have noted. She’s more of a fiercely opinionated loudmouth who knows what she wants, and MJay, who’s shown an interest in her, is more on the reserve side.

In fact, as far as some viewers were concerned, Mmatshepo’s mother looked younger than her daughter during her appearance last week. Some blamed it on the makeup Mmatshepo wore.

And yet, according to some viewers, Mmatshepo’s mother looked like her immediate elder sister. They ended up congratulating mother and daughter for having great genes. You can check out the reactions so far below. 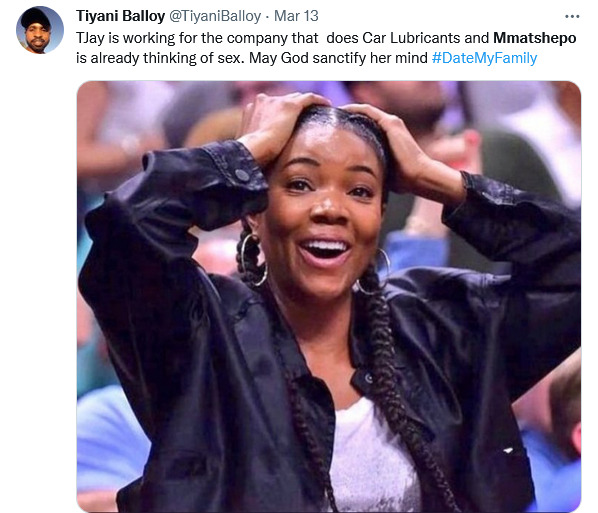 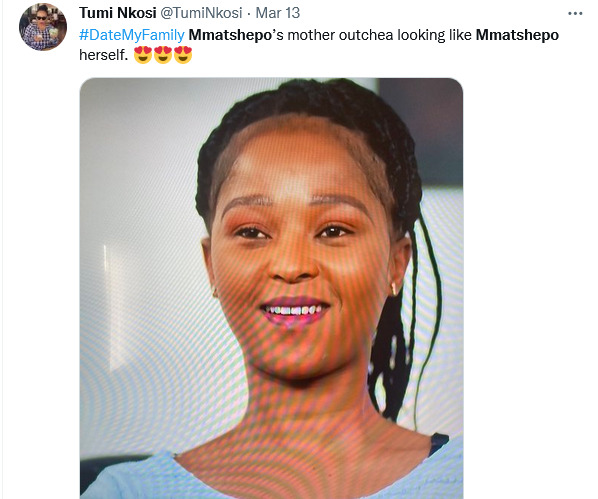 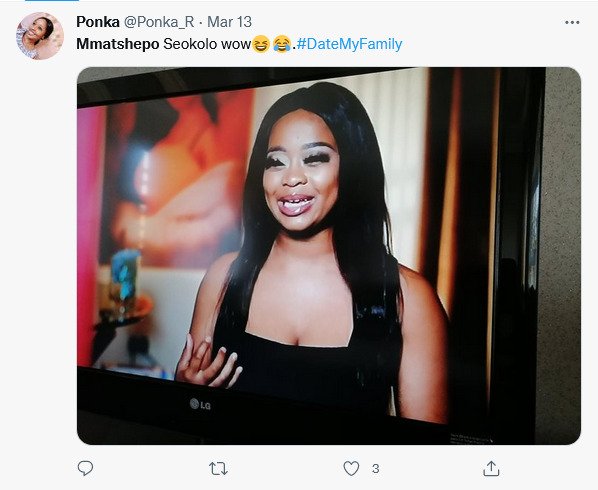 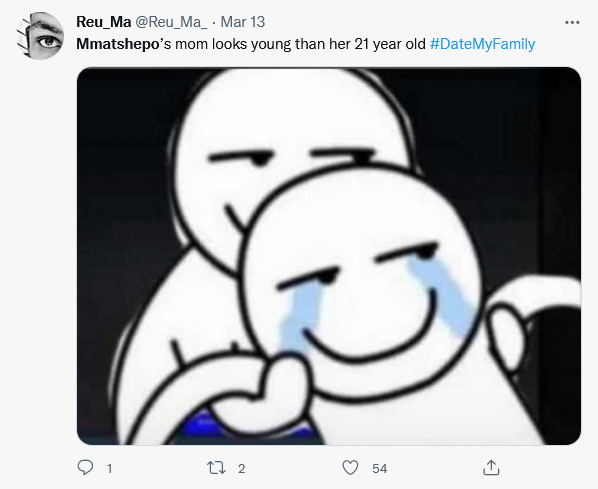 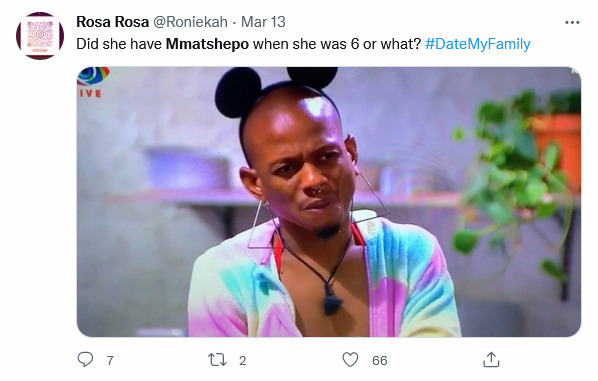 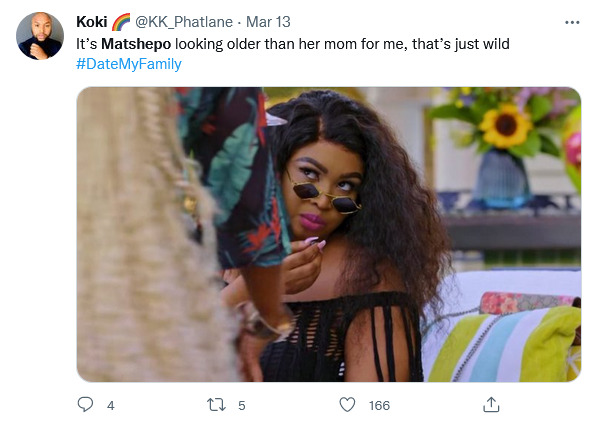 What cannot be missed from it all is that viewers are paying close attention, and they like what they’re seeing.

Tags
Date My Family Mmatshepo
John Israel A Send an email 15 March 2022
Back to top button
Close
We use cookies on our website to give you the most relevant experience by remembering your preferences and repeat visits. By clicking “Accept All”, you consent to the use of ALL the cookies. However, you may visit "Cookie Settings" to provide a controlled consent.
Cookie SettingsAccept All
Manage Privacy