It would almost be a crime to not recognize Nigerian star, Davido for the icon that he is. Since the talented hitmaker’s debut on the music scene over a decade ago, he has dominated the airwaves with hit songs, bagged the biggest deals, and taken Africa to the world through his music. He released his first official single “Back When”, on May 7 2011.

David Adeleke popularly called Davido is currently being celebrated by his fans via the #DavidoDay. Fans have taken to Twitter to list some of the “Fall” singer’s many achievements and also give him his flowers while he’s still living. He has been hailed for creating a loyal and hardworking team, and being close to his fanbase, 30BG.

Some fans have commented that he has pushed through hate and toxicity, and established one of the biggest fanbases in all of Africa. Various fans have also listed their best songs by the Afrobeats star. And yes, there is a long list of hits to choose from.

A fan hailed him for winning 24 awards in 2014, the most of any artist. His sold-out shows have also been recognized. The 30BG gang have pledged their allegiance and promised to ride with him for years to come. 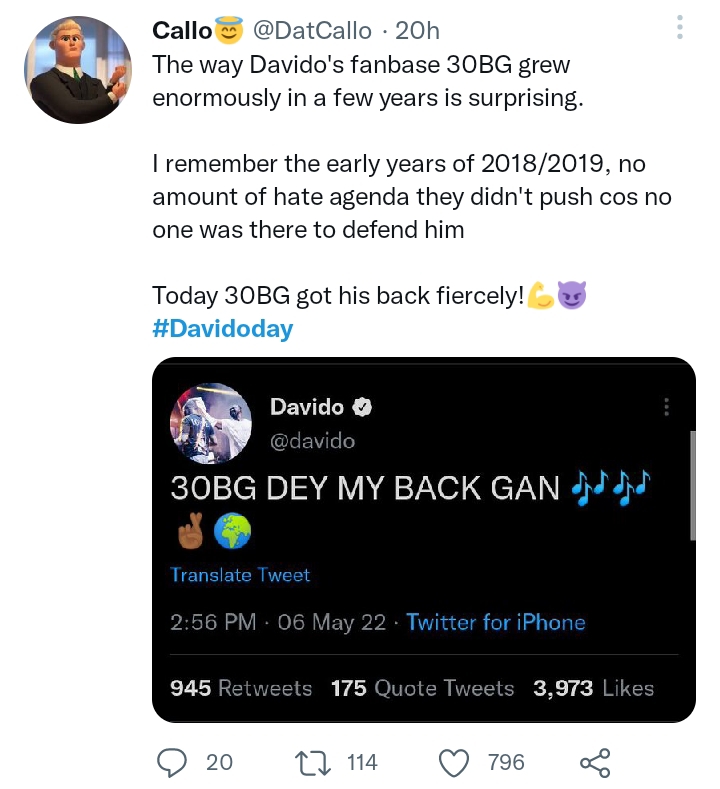 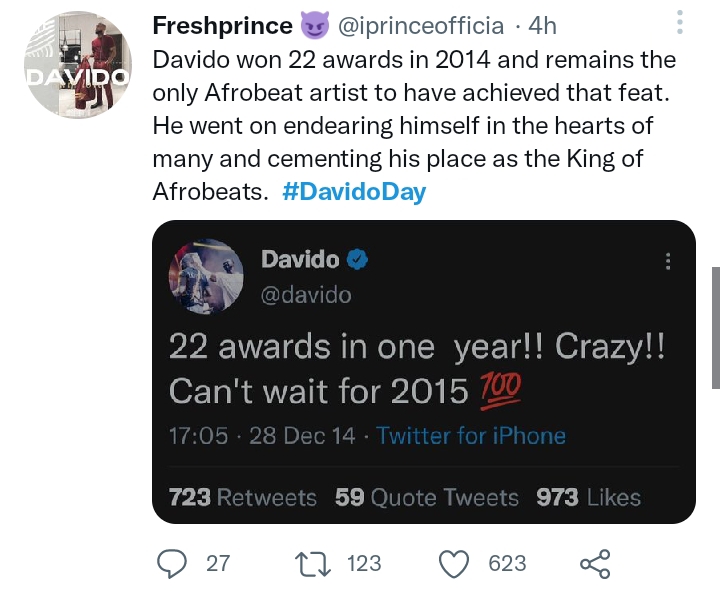 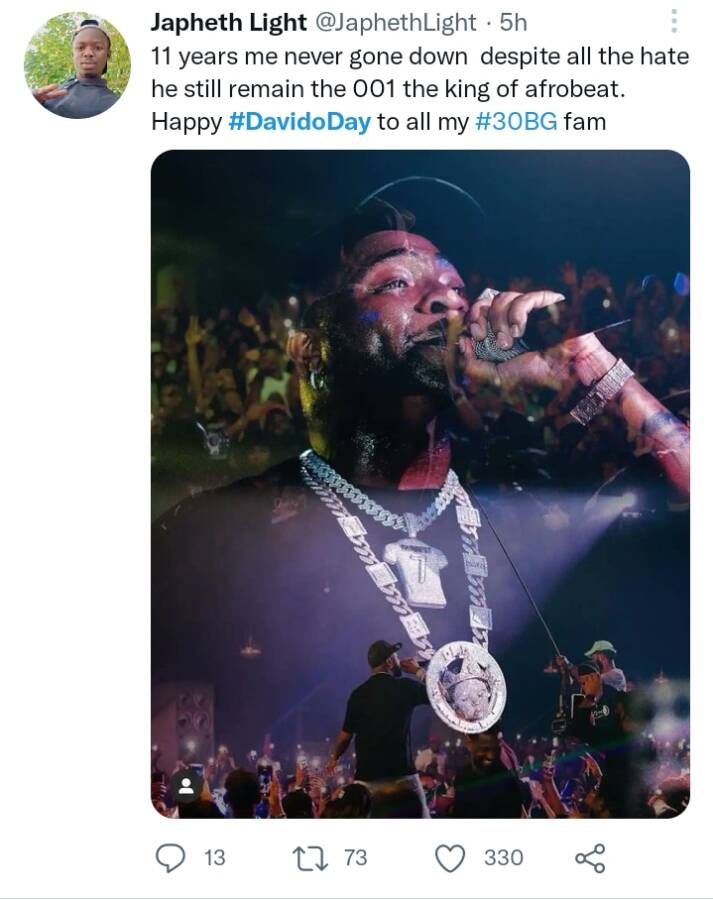 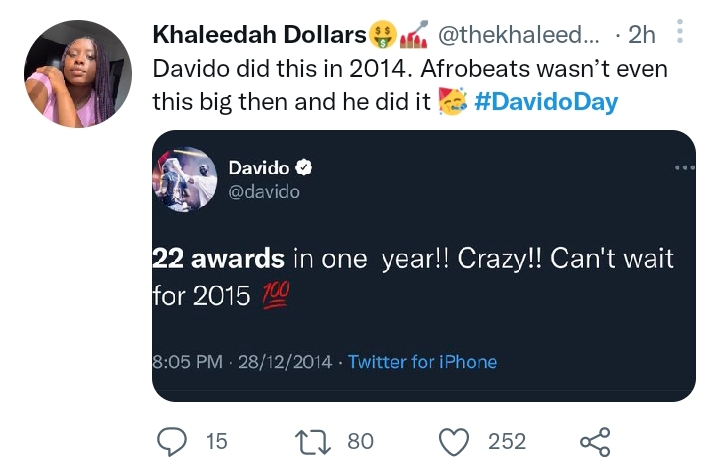 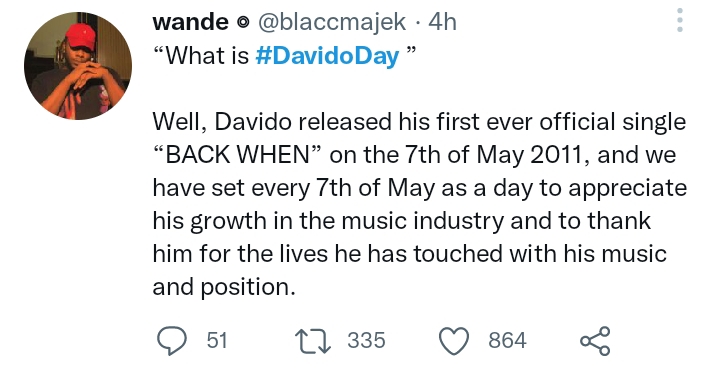 Tags
Davido
John Jabulani Send an email 7 May 2022
Back to top button
Close
We use cookies on our website to give you the most relevant experience by remembering your preferences and repeat visits. By clicking “Accept All”, you consent to the use of ALL the cookies. However, you may visit "Cookie Settings" to provide a controlled consent.
Cookie SettingsAccept All
Manage Privacy