When Ariana Grande sings “I want it, I got it”, it is clear that she’s singing about our very own DBN Gogo. The talented female DJ and producer just gave herself a shiny new treat. And no, she didn’t get a dress, she bought a new whip. 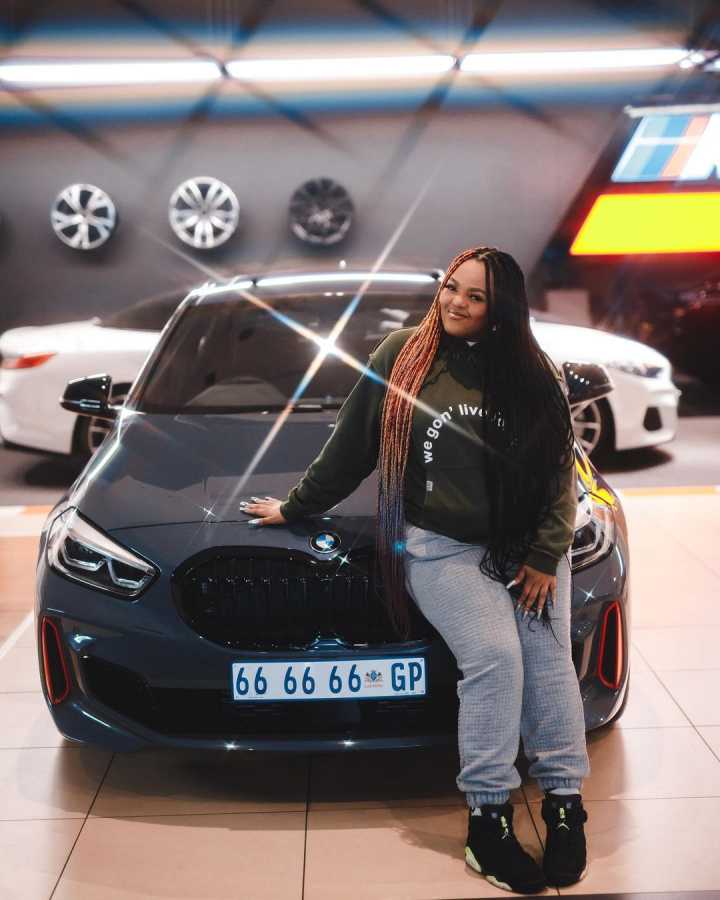 In a post shared to her social media over the weekend, DBN showed off her recently acquired BMW. Cool right? She revealed in the caption that it’s “from me to me”. Of course, fans took to the comments section to congratulate her.

Gogo seems to be reaping so well from all of her hardwork. Undeniably one of the year’s biggest and most consistent Piano contributors, she has flooded the airwaves with jams. From “Dakiwe” to “Khuza Gogo”, and of course, the “Break Through” EP with Unlimited Soul, she’s really been dominating the airwaves.