De Mogul SA has announced the artwork and tracklist for upcoming album, 2745, slated for release on the 25th of March.

De Mogul SA has been waxing strong since he released his first EP in 2017. Following that up with “Lessons”, his next project and first album which boasted many guest artist features and somehow proved to be a great body of work. Not sleeping on his craft, De Mogul got back in the stu to create something more.

Now he as decided to show us all just what he has been creating with the recent posts he has been sharing on his Instagram page. Last month, he broke the news of the upcoming new release, where he also thanked fans for the love shown to him on his birthday the day prior.

Just a few days ago, De Mogul came back to give another reason to look forward to the upcoming project, as he unvieled the cover artwork and tracklist for the new EP. 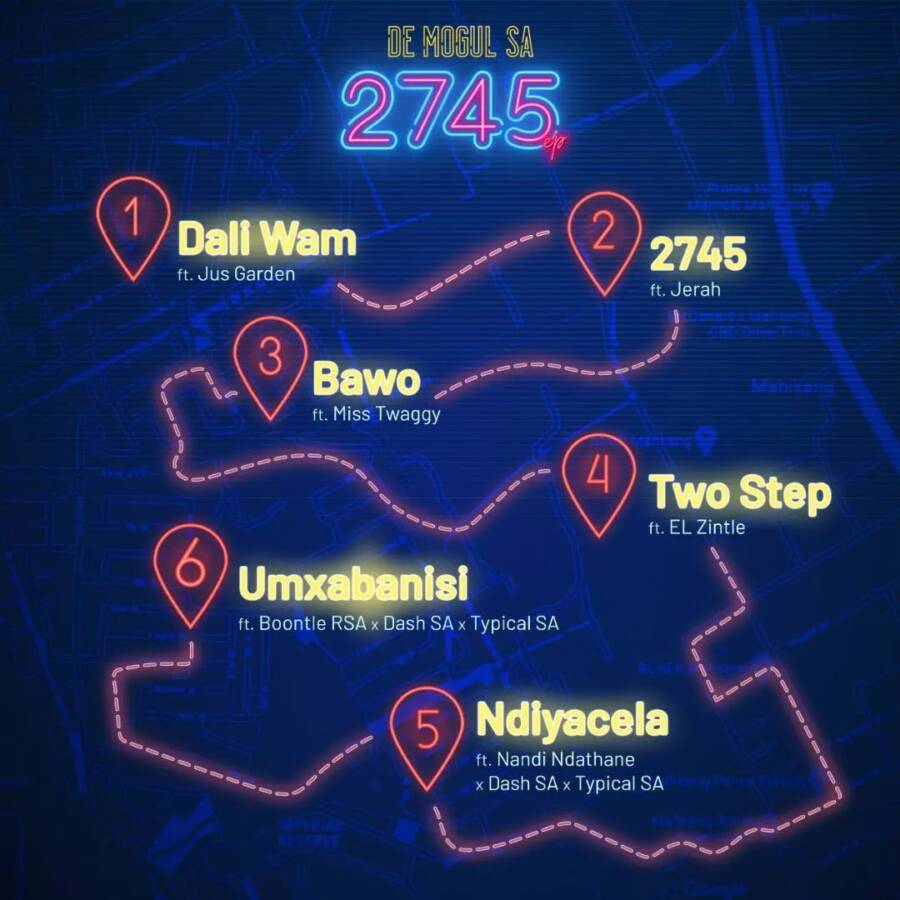 And from what the shared picture suggests, the EP would contain five songs and features from artists that include Jus Garden, Jerah, Miss Twaggy, EL Zinthe, Nandi Ndathane, Dash SA, and DJ Typical SA. Now that is something to look forward to. The album is fully sponsored by Sampra Development Fund. 2745 will be available for streaming and download starting March 25th.

Tags
2745 De Mogul SA
Ikedichim Chibundu Send an email 2 March 2022
Back to top button
Close
We use cookies on our website to give you the most relevant experience by remembering your preferences and repeat visits. By clicking “Accept All”, you consent to the use of ALL the cookies. However, you may visit "Cookie Settings" to provide a controlled consent.
Cookie SettingsAccept All
Manage Privacy