Oscar-winner, Will Smith has shared the advice Denzel Washington gave him following his Academy Award fiasco.

Viewers expected a night that was well planned out by the Academy at the 2022 Oscars but the night held more in store. Everyone was alarmed when the nominee hit the stage and assaulted presenter, Chris Rock after he made a cruel joke about his wife’s alopecia condition.

At first, Will seemed to be into it, next thing he had hit the stage and left Rock with an unexpected slap. 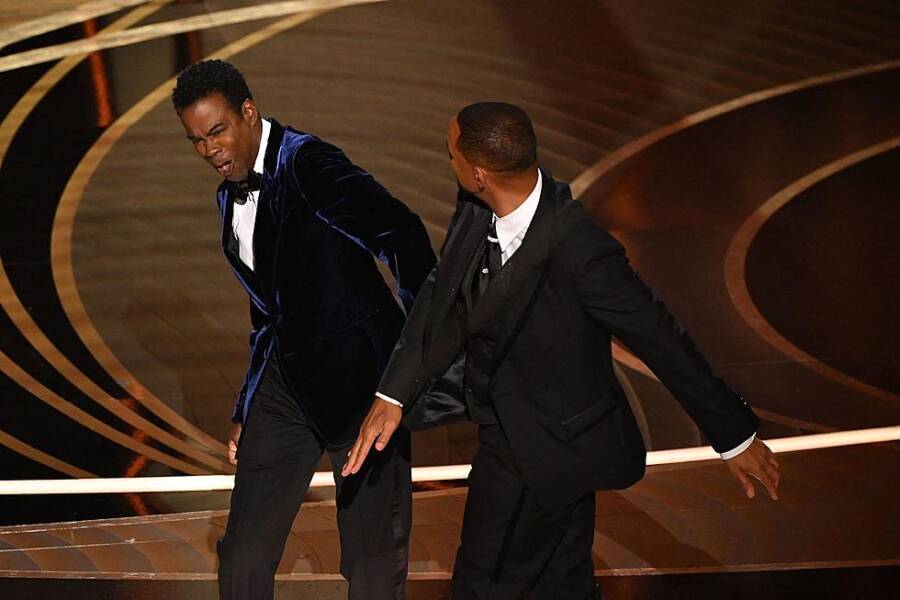 This was before he was announced winner of the “Best Actor” category in the Award show. Fortunately for us all, Rock handled it well amid the awkwardness and still made jokes before presenting the award he came on stage for.

While collecting the award for “Best Award” Smith was seen in tears as he made his winners’ speech. He shared advice Denzel Washington had given him following the assault. He revealed that Washington had told him “at your highest moment, be careful. That’s when the devil comes for you”. That’s exactly what had happened to Smith who has been anticipating an Oscar win for most of his career. Find a video of his speech below.

Denzel Washington is a wise OG for telling Will Smith “at the highest moment becareful that’s when the devil comes for you” 💯 facts. Will and Chris should sort this out… #Oscars pic.twitter.com/CS67YxlhN8

During the commercial break, Will Smith is pulled aside and comforted by Denzel Washington and Tyler Perry, who motion for him to brush it off. Will appears to wipe tears from his eyes as he sits back down with Jada, with Denzel comforting Jada and Will’s rep by his side. pic.twitter.com/uDGVnWrSS2

“At your highest moment, be careful. That’s when the devil comes for you.“

Only Denzel Washington could turn a chaotic moment and career low for Will Smith into a beautiful moment. That man is the GOAT. #Oscars pic.twitter.com/coluPbsMWS pic.twitter.com/d33UZN77Er

Tags
Denzel Washington Will Smith
John Jabulani Send an email 28 March 2022
Back to top button
Close
We use cookies on our website to give you the most relevant experience by remembering your preferences and repeat visits. By clicking “Accept All”, you consent to the use of ALL the cookies. However, you may visit "Cookie Settings" to provide a controlled consent.
Cookie SettingsAccept All
Manage Privacy