In a recent tweet, the songstress indicated she might visit South Africa soon and asked Twitter denizens to suggest which of the country’s musos she should collaborate with.

Several names flew in response to her. Most respondents suggested she collaborates with the “Zulu Man With Some Power” Nasty C. BIA then showed shared screenshots of the streaming stats of her latest single and compared it with that of Nasty C.

Nasty C’s fans felt she had insulted their hero and slammed her over it. But she clarified that she meant no disrespect. According to her, she was only showing that numbers that really matter. While some fans were mollified by her clarification, others were not.

Apparently, Nasty C got wind of the disagreement and tweeted that he did not feel disrespected at all. BIA responded to his tweet, stating she meant nothing but love to him. You can check out the conversation below. 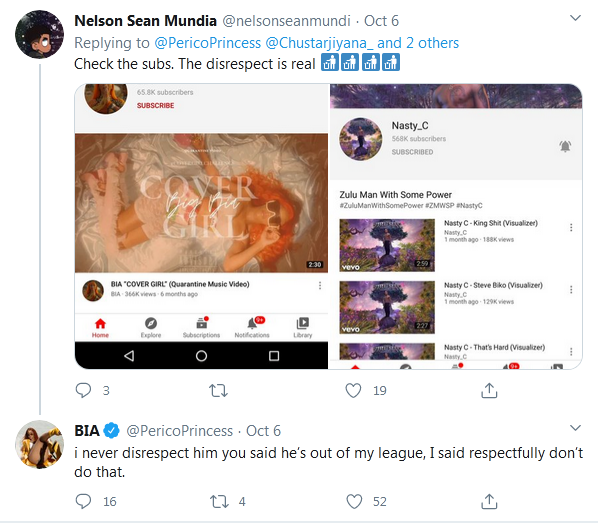 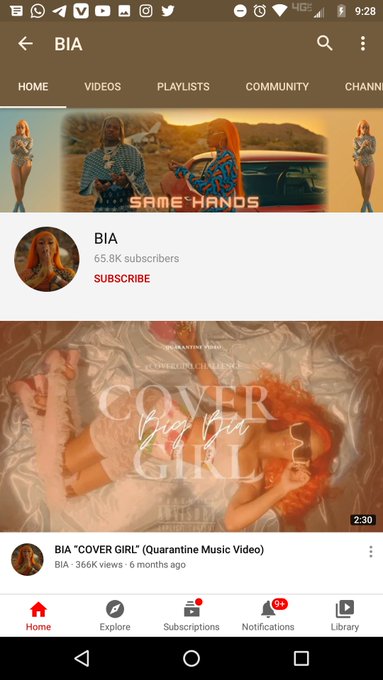 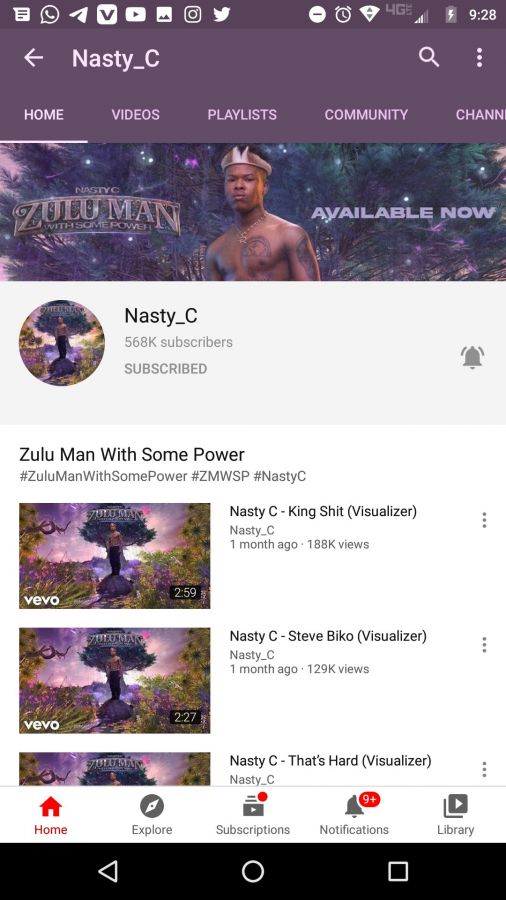 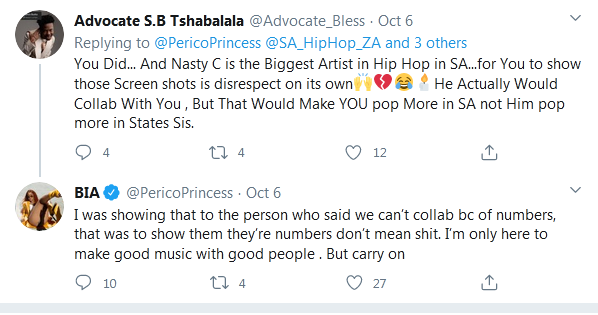 Does this mean we sjould look forward to a BIA and Nasty C collaboration. You might want to join the conversation by dropping your thoughts in the comment section.

Tags
Bia
John Israel A Send an email 8 October 2020
Back to top button
Close
We use cookies on our website to give you the most relevant experience by remembering your preferences and repeat visits. By clicking “Accept All”, you consent to the use of ALL the cookies. However, you may visit "Cookie Settings" to provide a controlled consent.
Cookie SettingsAccept All
Manage Privacy