MFR Souls explained in a social media post that it had to make the change due to infringement issues.  The group stated it had no clue about a possible infringement when it adopted the title, adding that it is happy with the change in the title of the album and apologized to fans for the inconvenience caused. 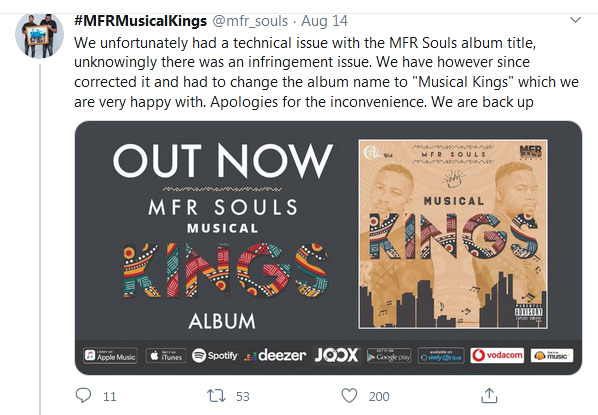 It is believed, however, that the celebrated disc jockey and producer Black Coffee was the reason the pair changed the title of their album. Black Coffee had earlier released an album titled “Music Is King.” It is unknown if he trademarked the title.

Some fans of MFR Souls are unimpressed by the title change and, thinking Black Coffee responsible, they have been dragging him on social media. 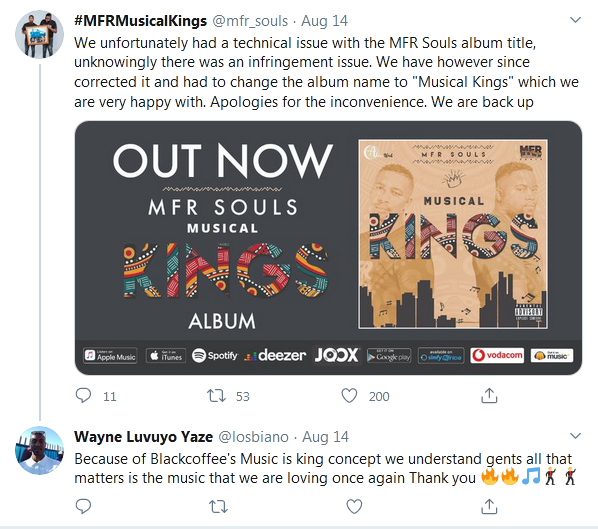 At the time of writing this, Black Coffee had not stated whether or not he had pressurized MFR Souls to change the title of their album.

Well, what do you think of the sudden album title change by MFR Souls? You might want to join the conversation by dropping your thoughts in the comment section below.