The drama never ends for black Twitter president Chris Excel. In a recent tweet, he noted that children are not for Bonang Matheba because she’s always on the road. Children are only for local artists like Dineo Ranaka, he insists.

Some Twitter users insisted that he didn’t have to drag Dineo Ranaka into the whole shi. But Chris Excel wasn’t done just yet.

In a follow-up tweet, Chris had said he’d tune in to Metro FM, where Dineo is an anchor, and listen to her advise people on how to behave in their relationships. He noted that she had three kids from three different men and currently has a younger man, and he’s cheating on her.

Well, it appears like Dineo wouldn’t be put down by Chris’s tweets, however. In response to the Twitter savage — as Chris Excel is often called — Dineo said she can’t wait to meet him. She asked him not to be surprised if he should open his door one day and find her right there staring him in the face. She didn’t mention him but bid her fans pass her message to him.

In a follow-up tweet, she gave a semblance of having a date night with him and bid him get ready for it.

Well, Chris is all for the meeting. In response to Dineo, he had said she should come alone because he doesn’t have food for her kids. 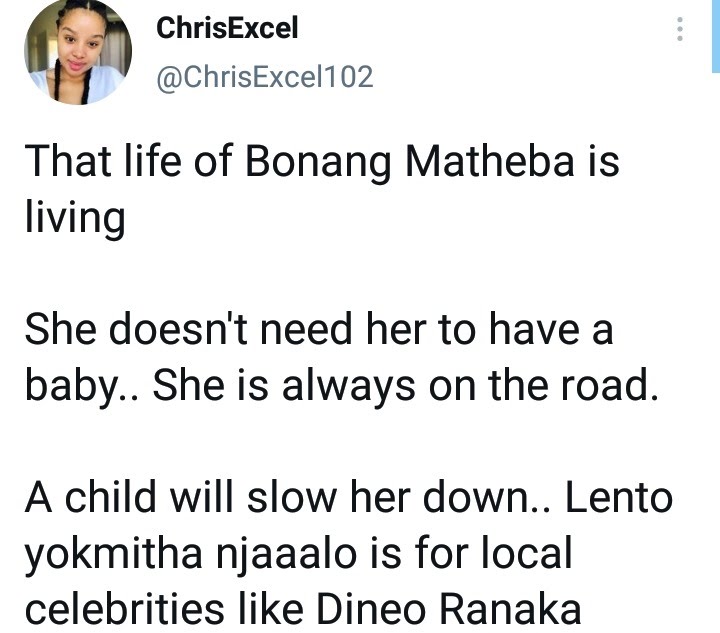 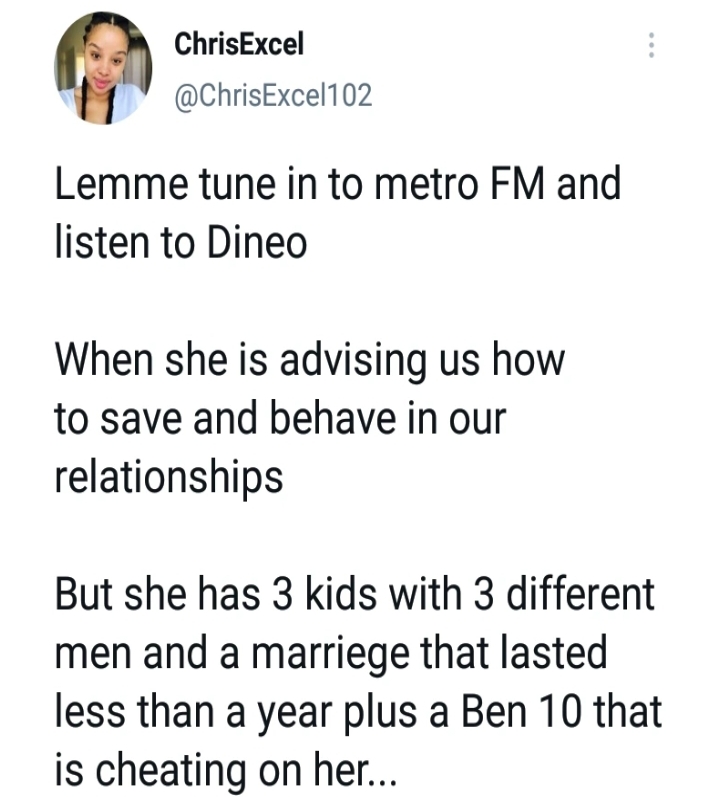 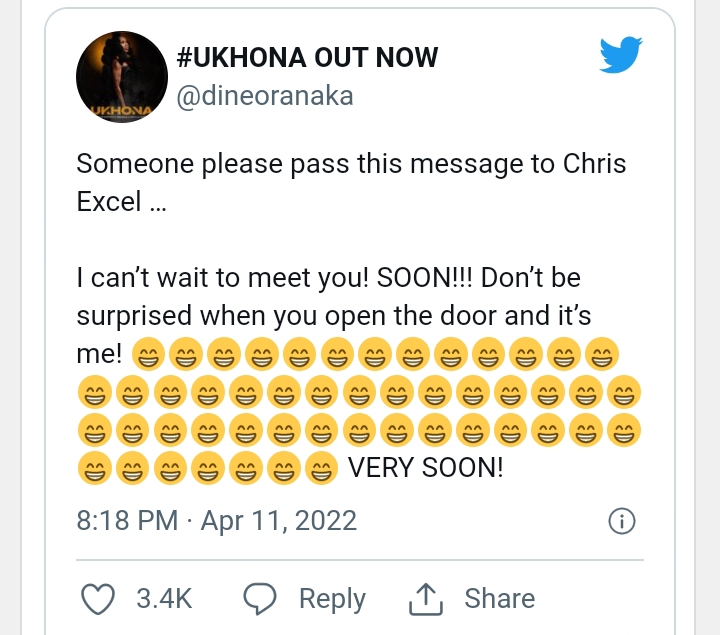 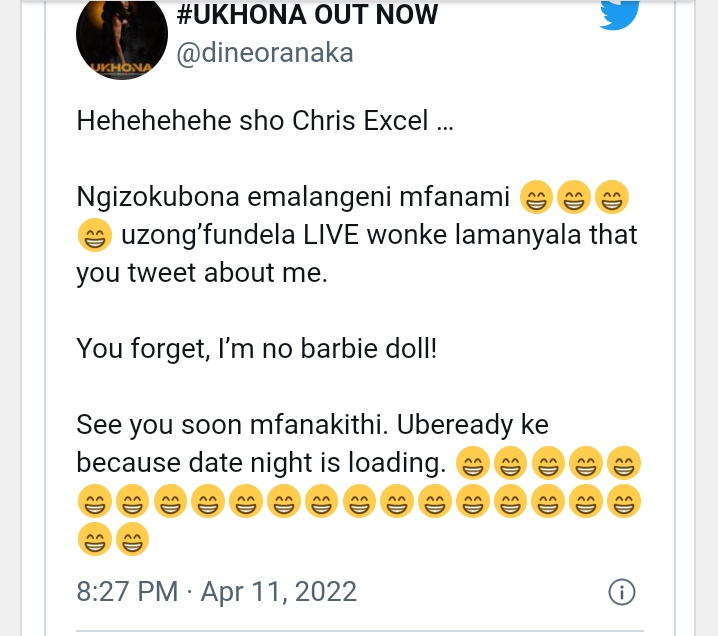 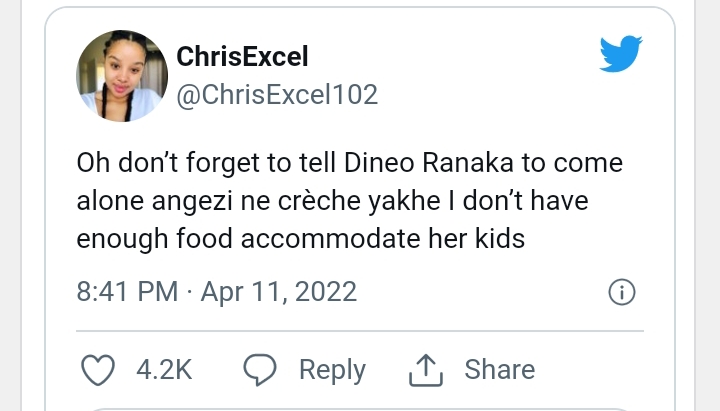 Tags
Chris Excel Dineo Ranaka
John Israel A Send an email 12 April 2022
Back to top button
Close
We use cookies on our website to give you the most relevant experience by remembering your preferences and repeat visits. By clicking “Accept All”, you consent to the use of ALL the cookies. However, you may visit "Cookie Settings" to provide a controlled consent.
Cookie SettingsAccept All
Manage Privacy