East London scammer, Sibabalwe Smondile, has been put on the watchlist of wanted scammers in East London and South Africa.

A Twitter user through a post revealed that Sibabalwe Smondile is now wanted for counts of fraud in East London. The info also provides that Sibabalwe Smondile booked a V Class that he didn’t pay for. He also paid visits to restaurants which he also didn’t pay for before he immediately scooted off. South Africans are still reacting to the situation.

The series of tweets reads:

“Sibabalwe Smondile is wanted as a suspect in a fraud case opened against him and two other people. He went to High School in Stirling, East London. If you have any information about him contact Sergeant Gidigidi at 021 380 3300 or send me a DM.

“This is the company he provided the fraudulently created proof of payment to in Cape Town and booked the V class,he was picked up at Cape Town magistrates court after attending a case where he told the reservations gentleman he’s an Advocate and was representing a client.

“This folk literally came out of court after lieng about being an Advocate and representing a client,went into a V class which he didn’t pay for and drove around all day in restaurants and a hotel he didn’t pay for too..all provided with fake proof of payment.” 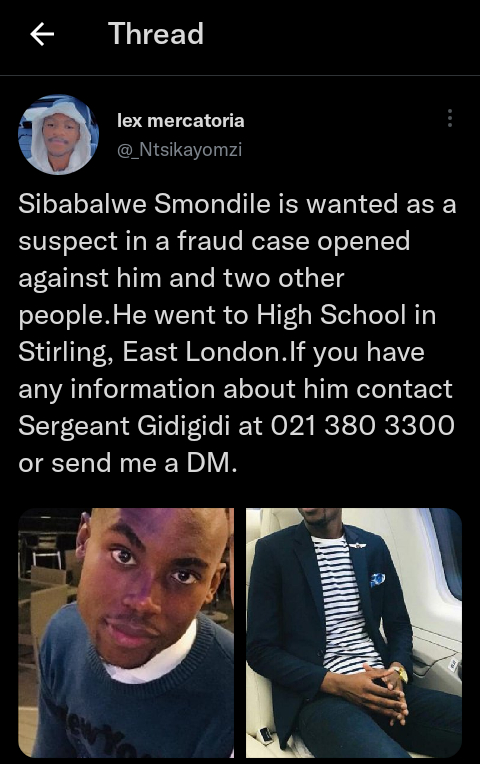 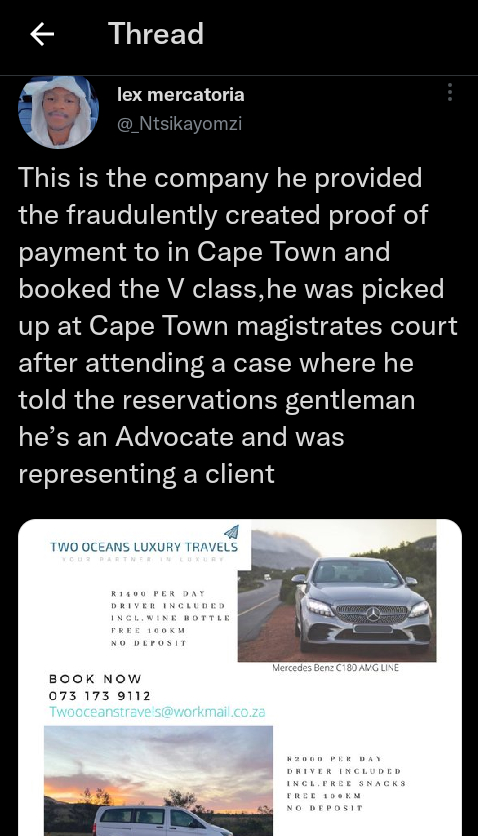 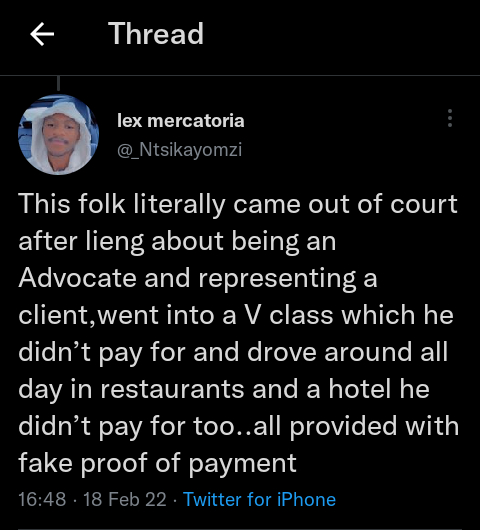 A video to further help you understand the situation:

Tags
Sibabalwe Smondile
Ikedichim Chibundu19 February 2022
Back to top button
Close
We use cookies on our website to give you the most relevant experience by remembering your preferences and repeat visits. By clicking “Accept All”, you consent to the use of ALL the cookies. However, you may visit "Cookie Settings" to provide a controlled consent.
Cookie SettingsAccept All
Manage Privacy