DJ Bongz, who had popularized the gwara gwara dance move years ago, was unimpressed by this error and schooled the American in a different post on his Instagram page, making it clear gwara gwara’s history dates back to 2016. He tagged the American to the post. Last we checked, Jamie Foxx had not responded.

The gwara gwara dance had gone viral in South Africa when it was first initiated years ago, earning DJ Bongz a place on the lips of many in South Africa. The song had gone international soon after. And then the buzz had died down.

By DJ Bongz, who still winning on the decks and turntable in South Africa, has not forgotten he was the man of the show once upon a time with his dance, and that the dance is different from anything out there. So he’d tapped Foxx to correct him.

Below, you can check out “stanky leg” dance, and DJ Bongz’s correction of same, and loin the conversation by dropping your thoughts in the comment section. 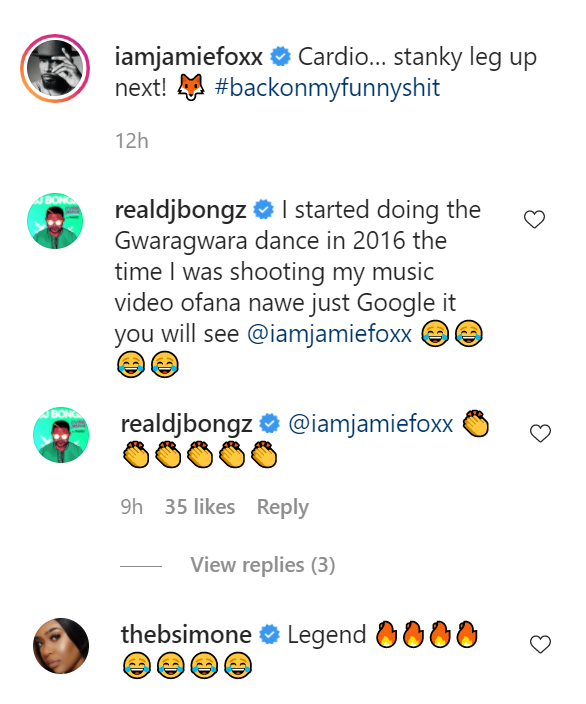 Tags
DJ Bongz Jamie Foxx
John Israel A23 June 2021
Back to top button
Close
We use cookies on our website to give you the most relevant experience by remembering your preferences and repeat visits. By clicking “Accept All”, you consent to the use of ALL the cookies. However, you may visit "Cookie Settings" to provide a controlled consent.
Cookie SettingsAccept All
Manage Privacy