One of the biggest telenovelas in Mzansi is set to get a new character. The show, Uzalo was revealed to be getting the character named Zane, a businessman. Popular Mzansi Disc Jockey, aka DJ Chynaman, real name Siyabonga Gumede was recently announced to be the one playing it.

However, the show’s producers are yet to reveal the date of the actor’s debut. Speculations by the public reveal that DJ Chynaman might be making his debut on one of the episodes this week. To make the reveal, the show shared two images of the actor posing in a maroon suit.

He looks quite like the businessman he’s going to be playing. Although the post revealed the actors character and name, no further information was shared about it. Rumour is, he’s being brought in to shake things up as the show has been losing its key viewers. 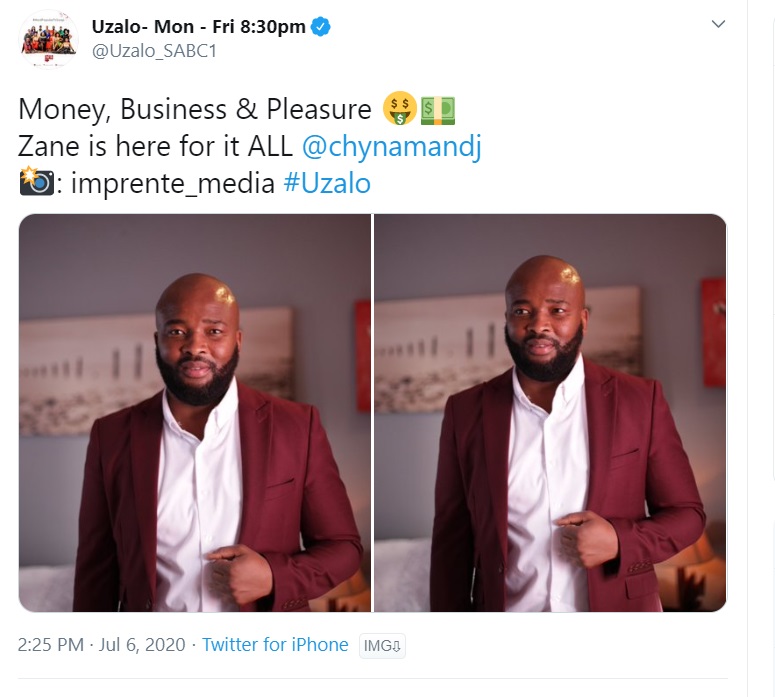 Tags
DJ Chynaman
John Jabulani Send an email 7 July 2020
Back to top button
Close
We use cookies on our website to give you the most relevant experience by remembering your preferences and repeat visits. By clicking “Accept All”, you consent to the use of ALL the cookies. However, you may visit "Cookie Settings" to provide a controlled consent.
Cookie SettingsAccept All
Manage Privacy