Pro Kid is a legend in the SA Hip Hop scene and also in the Mzansi music industry. It has been 2 years since his passing and still his music is very much appreciated by Hip Hop lovers in the country.

Sadly, we hear that his family hasn’t gotten a share in the royalties from his music. This was revealed by Pro’s brother, DJ Citi Lyts. After American rapper, Kanye West started a conversation on Twitter about artists owning their masters, Citi Lyts commented saying he hopes his brother’s former label sees it and thinks of him.

TS Records is run by DJ Sbu. The label once revealed that they were signing back masters to their artists but that allegedly never happened with Pro. Citi Lyts has also revealed that the label is yet to sign over the late rapper’s masters to his family. That makes us wonder why. 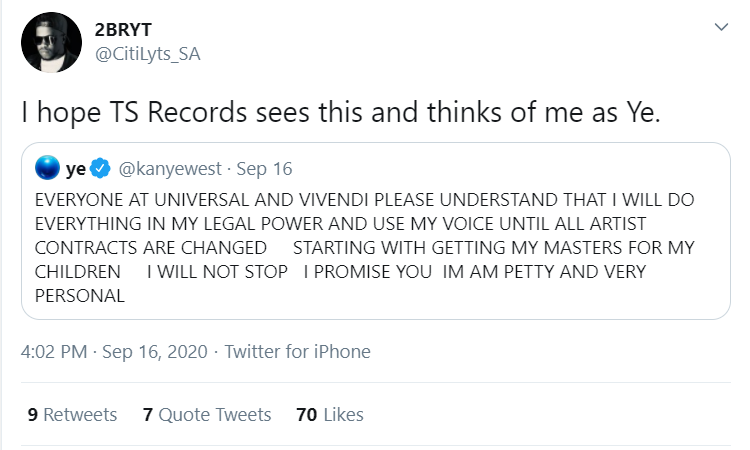 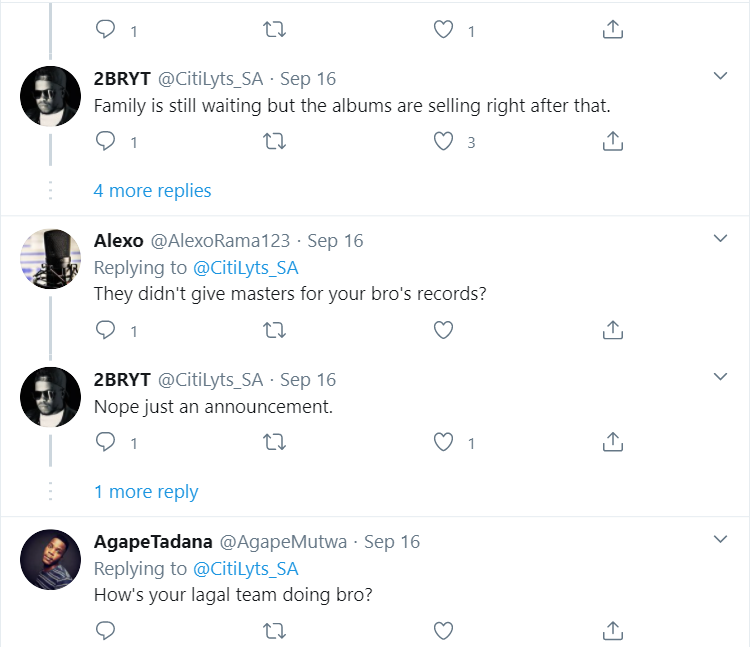 Tags
DJ Citi Lyts PRO
John Jabulani Send an email 1 October 2020
Back to top button
Close
We use cookies on our website to give you the most relevant experience by remembering your preferences and repeat visits. By clicking “Accept All”, you consent to the use of ALL the cookies. However, you may visit "Cookie Settings" to provide a controlled consent.
Cookie SettingsAccept All
Manage Privacy