DJ Ganyani announces that his Meadowlands, Soweto Studios have been vandalized and looted by unknowned hoodlums in recent heartbreaking post.

It is quite sad that with all that has been happening in the country these days, some would still resort to stealing from others. Well, that’s the case with DJ Ganyani’s recently looted Meadowlands studio.

In a post made to social media, the “Xigubu” hit maker revealed that the Meadowlands, Soweto Studio had been looted and vandalised by unknown hoodlums. He also shared photos and clips from the vandalized studio. It isn’t  obvious that they had gained access to the studio through the roof which they practically tore out. 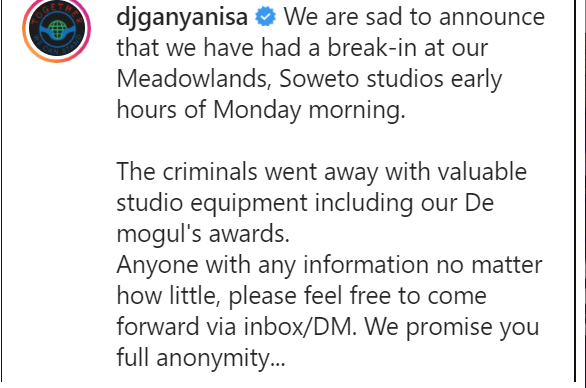 Ganyani revealed that the unknown hoodlums made away with valuable studio equipment including De Mogul’s awards. In another post, he announced that the culprits had been caught and apprehended.

According to him, one Mr Mhlongo spoke out against his grandson who had been part of the looting and stored some of it in his shack. This led to them being caught. 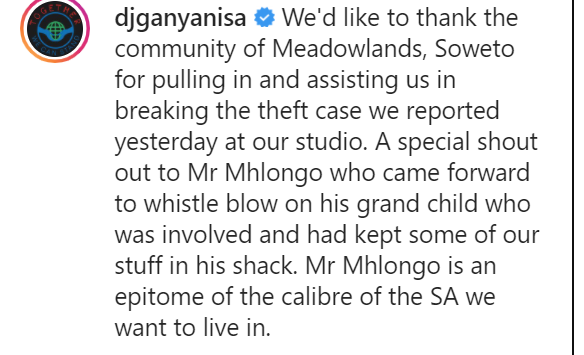 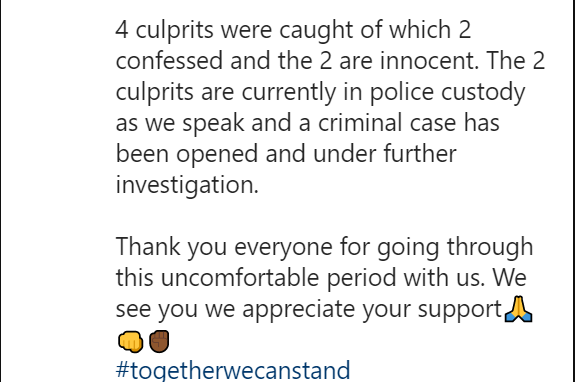 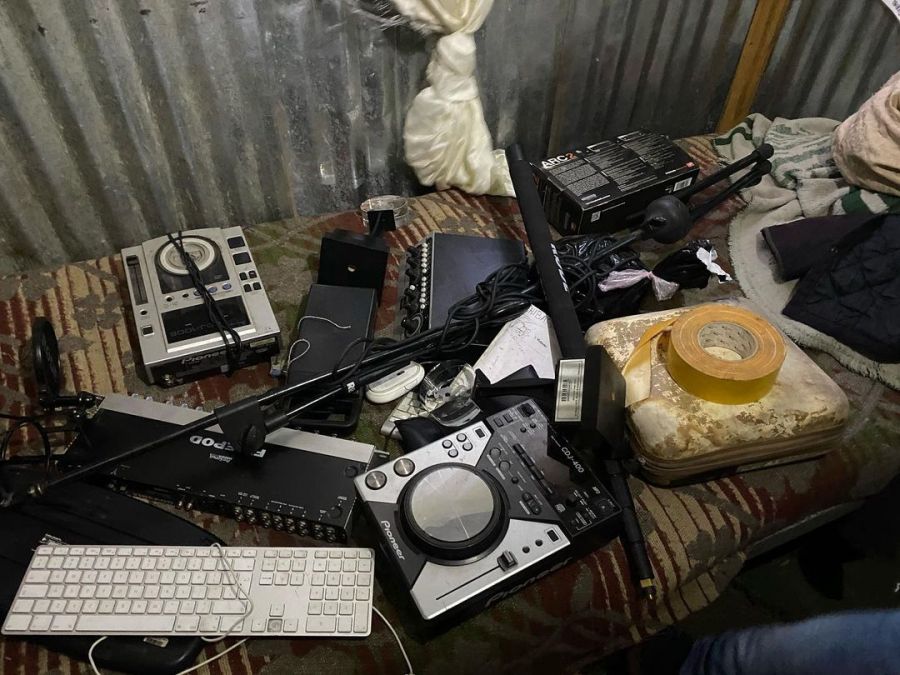 Tags
DJ Ganyani
John Jabulani Send an email 24 November 2020
Back to top button
Close
We use cookies on our website to give you the most relevant experience by remembering your preferences and repeat visits. By clicking “Accept All”, you consent to the use of ALL the cookies. However, you may visit "Cookie Settings" to provide a controlled consent.
Cookie SettingsAccept All
Manage Privacy