In case you missed it, Cassper Nyovest recently released a song titled “Angisho Guys,” an instant hit with the public.

A curious fan who had listened to the track pointed out that it sounded like what Mpura had released a month ago. Lady du, who featured on Cassper Nyovest “Angisho Guys,” had clarified immediately that Cassper Nyovest is actually the real owner of the song. She claimed mpura had stolen the song from him

She subtly mocked Mpura’s version of the song, making it known that, unlike the real thing which Cassper Nyovest released, Mpura’s “Angisho Guys” didn’t fly. She concluded that one can steal a person’s plan and not his version. You can check out hetr tweet below. 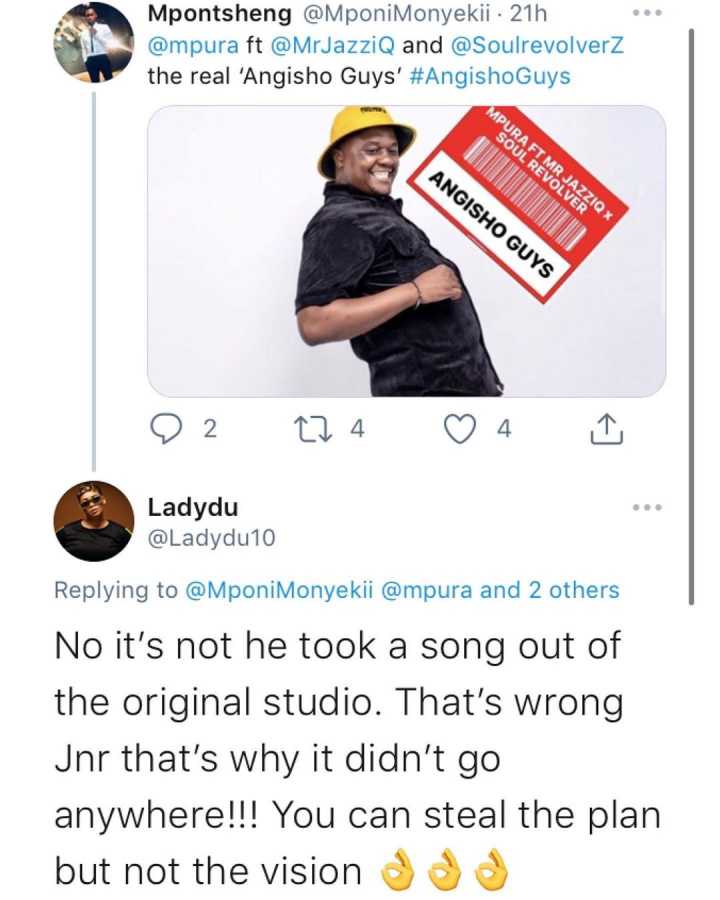 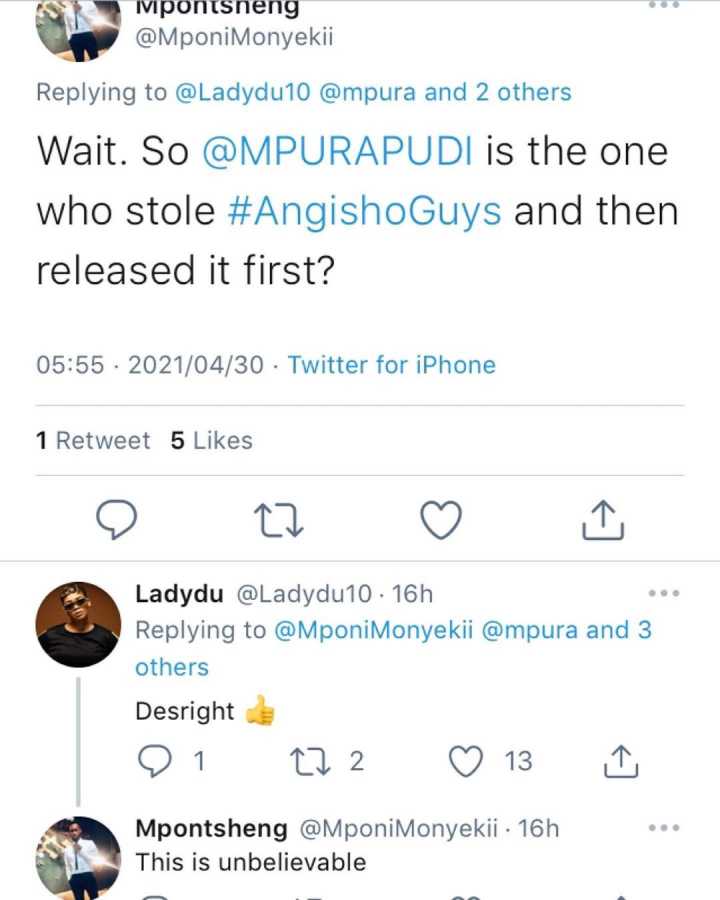 By the way, Mpura is yet to deny Lady Du’s claim that he stole the song from Cassper Nyovest.

Stealing the works of other artistes is nothing new in the music industry – not in South Africa, not in anywhere in the world.

Well, what do you think of Lady Du’s claims that Mpura stole “Angisho Guys” from Cassper Nyovest?