Amapiano producer and Blaq. Boy Music boss DJ Maphorisa has claimed that Kwesta paid him nothing for producing his hit song “Ngud.”

The said track was a big hit with the public and established Kwesta as an important in voice in South African music. For Producing the song, DJ Maphorisa said he should have been compensated with R200k or at least R50k.

DJ Maphorisa made his claims during an Instagram Live session with fans. The claims gained traction on social media in no time, ultimately leading DJ Maphorisa to clarify that he actually has no beef with Kwesta. 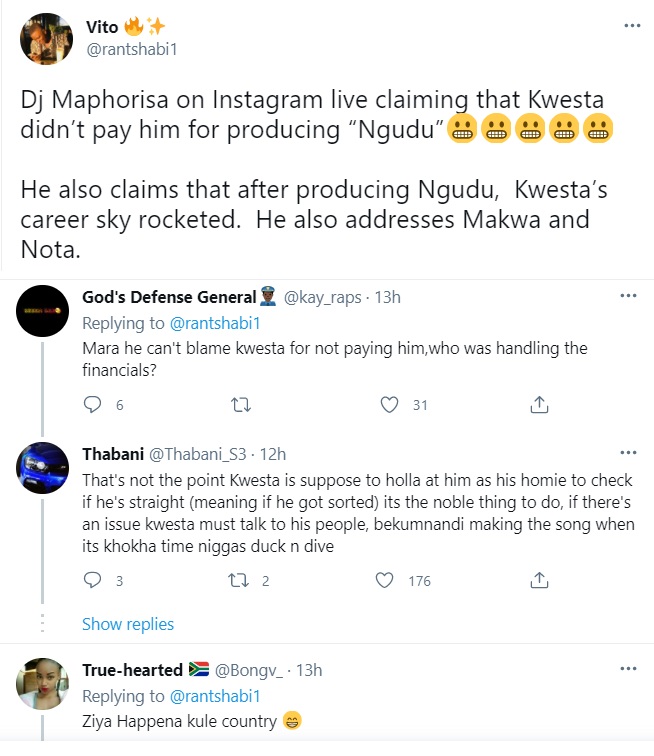 On his part, Kwesta made it known that he wasn’t involved in the financial aspects of RapLyf, the record label allegedly founded on trust by him and Nota, through which the song was released. He detailed how RapLyf was established and managed in a thread which you can check out below. 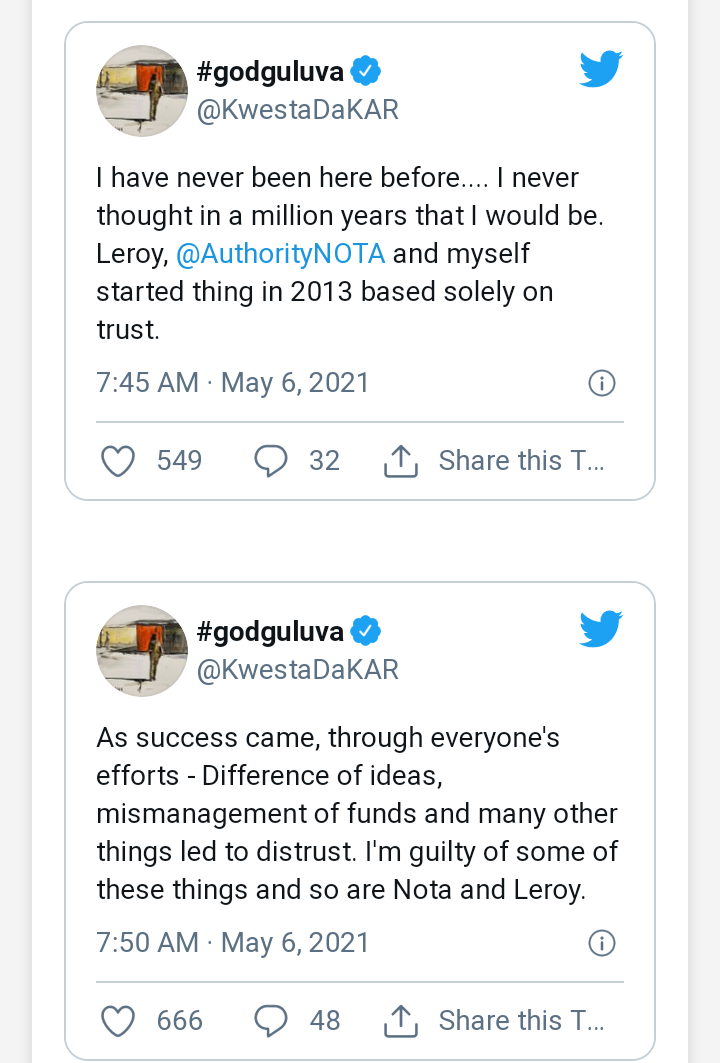 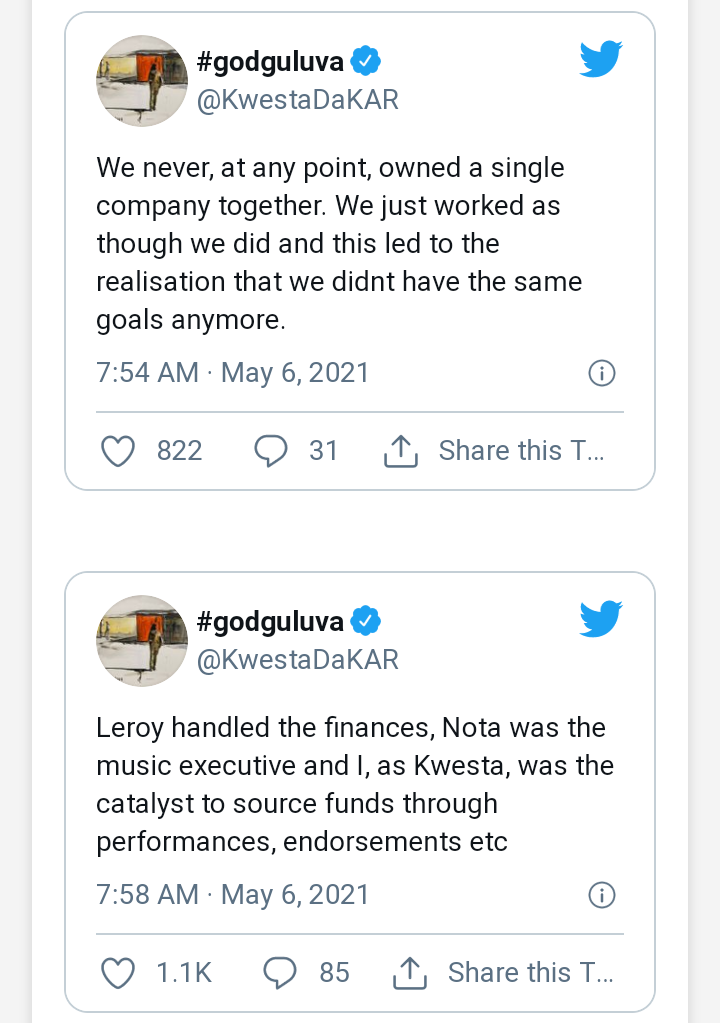 By the way, Kwesta recently lost control of his YouTube channel, leading him to set yo another one and ask his fans to subscribe to it. The loss of the channel is linked to his estrangement from his former manager Nota Baloyi.

What do you think of DJ Maphorisa’s claims, though? Share your thoughts with thoughts below

Tags
Dj Maphorisa Kwesta
John Israel A Send an email 6 May 2021
Back to top button
Close
We use cookies on our website to give you the most relevant experience by remembering your preferences and repeat visits. By clicking “Accept All”, you consent to the use of ALL the cookies. However, you may visit "Cookie Settings" to provide a controlled consent.
Cookie SettingsAccept All
Manage Privacy