Everytime you see Kanye going strong on the trends lists, there’s an 80 percent chance that he’s gone tweet crazy for the 1000th time. That happens a lot. The last time, he had some choice words for his wife, Kim Kardashian who he revealed he’s been trying to divorce for 2 years now.

Of course, it all ended with an apology. Ye made a triumphant return to twitter today and went tweet crazy as usual. In a series of tweets, he called record deals “modern day slavery” and revealed he’s on a mission to liberate his people.

He urged artists to pray for him as he fights to save them. “Emcimbini” hit maker joined the team of artists praying for Ye’s success. He shared a tweet saying “I am praying for you Dr Ye”. Phory has always been a supporter of artists owning their masters. 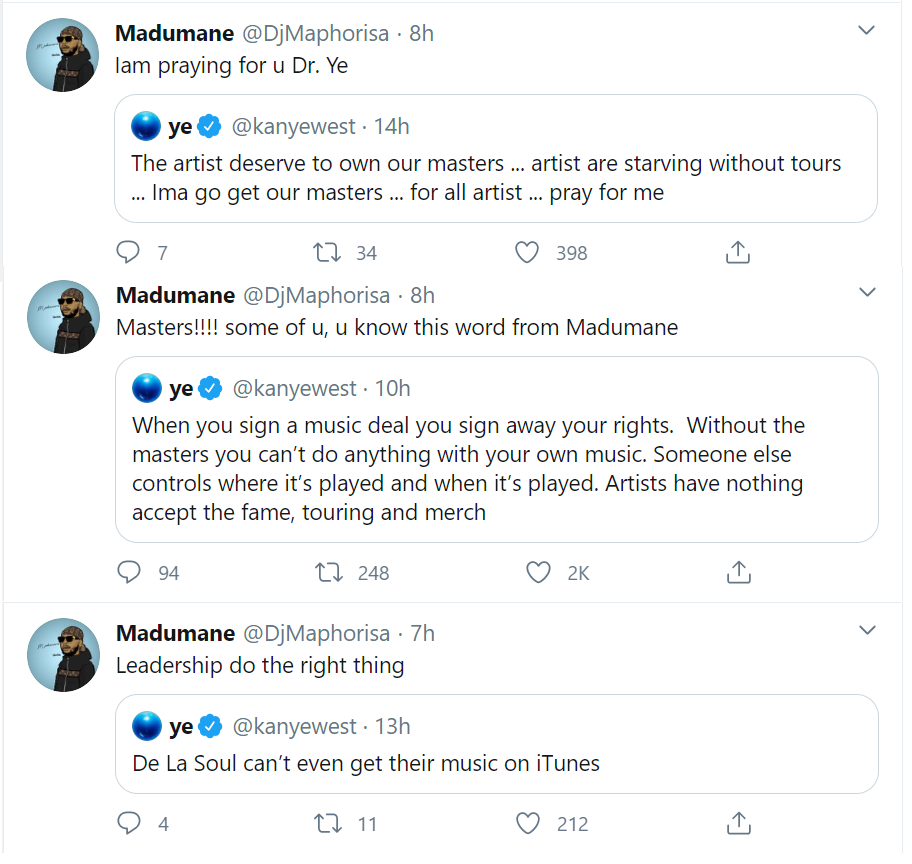