The beef between two notable South African disc jockeys and producers DJ Maphorisa and Prince Kaybee is getting messier with the recent claim by DJ Maphorisa that his compatriot was cheating the game.

On Instagram, Prince Kaybee apparently has more followers (1.3 million) than DJ Maphorisa (1 million). But in terms of fan interaction on their accounts, DJ Maphorisa in apparently ahead with likes and comments.

Some notable names among those “cheated” include Master KG and Makhadzi. You may want to add to the list.

Check out the details of their Twitter war in the conversation below. 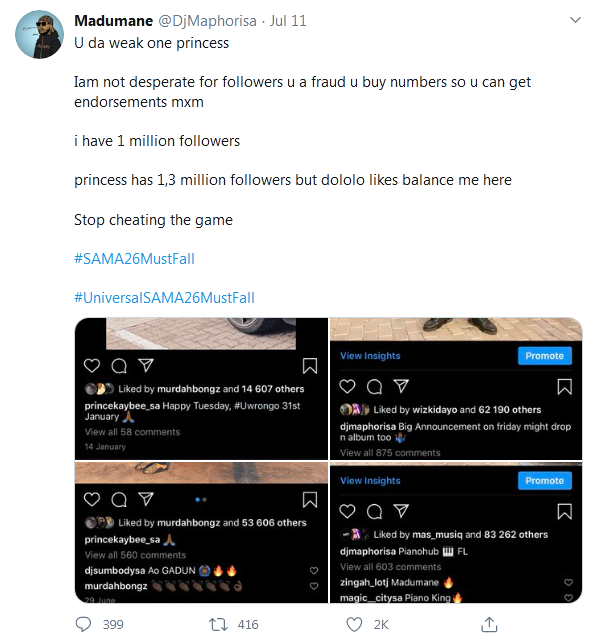 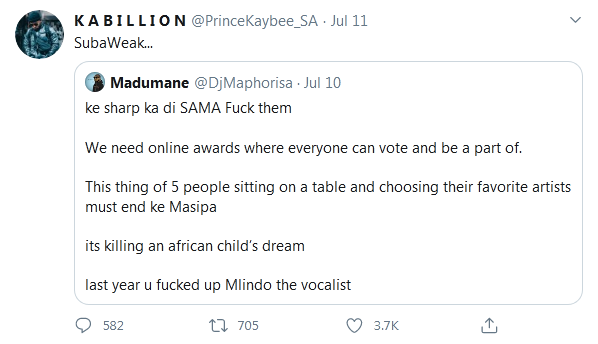 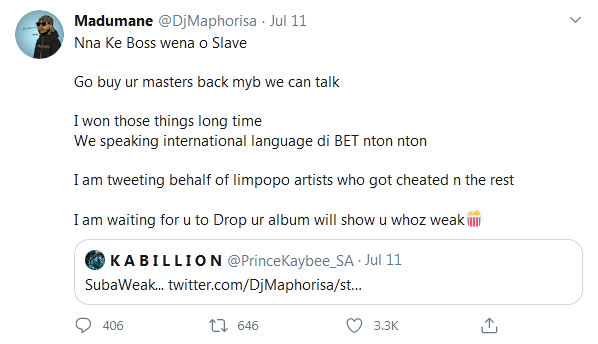 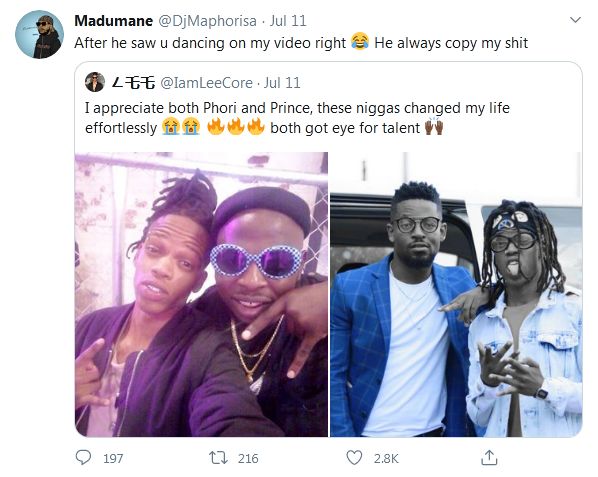 What do you make ot the escalation of the beef between Prince Kaybee and DJ Maphorisa? You might wish to join the conversation by dropping your thoughts in the comment section?