In case you missed it, Amapiano king Kabza De Small’s account has been hacked twice. In the first instance, the muso shrugged it off and opened another, which was promptly hacked as well.

Exasperated, DJ Maphorisa, Kabza De Small’s friend and amapiano partner, decide to engage the hacker of the second Instagram account via inbox. The exchange between the, shared below, is slightly comic.

DJ Maphorisa asked the hacker what he wanted to do with the account, to which he hacker said nothing, he doesn’t want anything, slighting missing the question. DJ Maphorisa then asked why he took the account, and the hacker relied “nothing.” You can check out the full exchange right here. 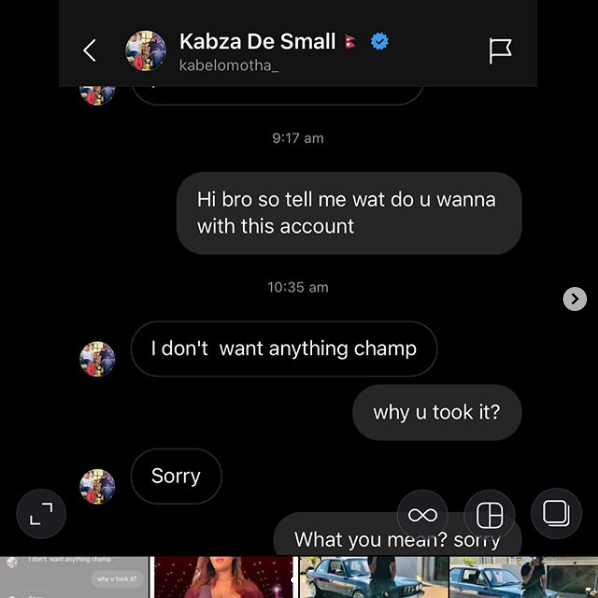 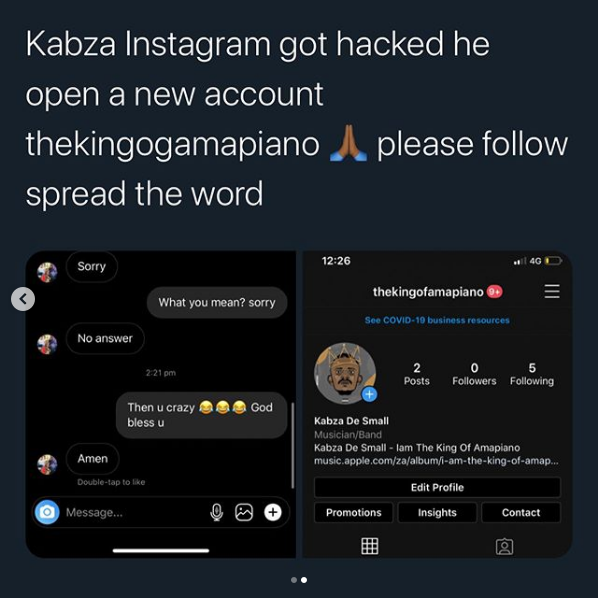 By the way, Kabza De Small launched his album “I Am The King of Amapiano” yesterday 26 June 2020 to massive delight in the breezy world of amapiano. While many praised the album, one fan was unimpressed at all. He dismissed it as a flop, stating that Mzansi DJ and producer Prince Kaybee said the same thing. Prince Kaybee disclaimed that in a tweet. That ended the argument.

Well, what do you make of DJ Maphorisa’s conversation with the hacker. The comment section is open for your thoughts.