DJ Maphorisa says any artist dropping projects on the same day as Kabza De Small are in trouble.

For years, we have waited on a second album from Mzansi hit maker, Kabza De Small. Finally, the talented muso has decided to bless us with the highly anticipated project. Yesterday, he finally announced the date for the drop to be June 26th.

Literally every fan of the Amapiano king is expecting the album to be massive, Maphorisa included. The “Soweto Baby” hit maker also took to Twitter to sound a warning to all artists planning to release an album on the same day saying “they’re in trouble”.

Kabza’s currently unnamed album might just eclipse every other one on the 26th. Yo, guys, DJ Tira is also dropping an EP to celebrate his 21 year run in the Mzansi music industry. We might just have a contest for the top spot in our hands. 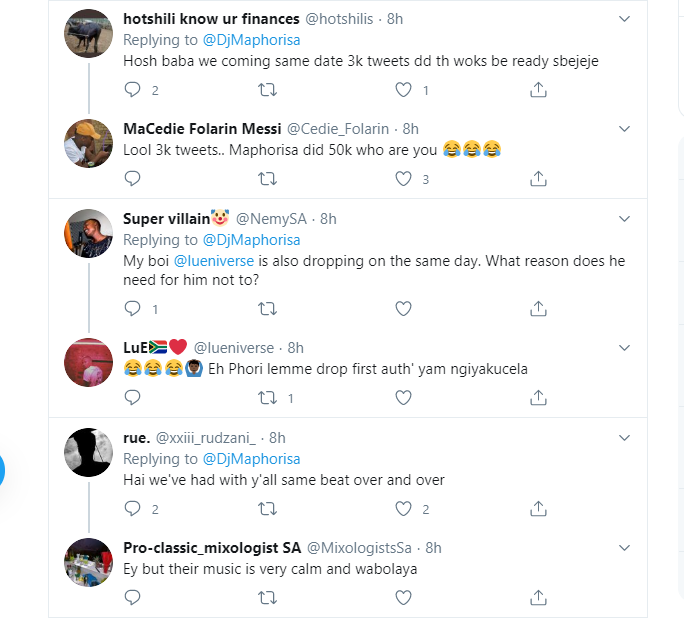