As they say, the internet never forgets. Whatever anyone does or is ever accused of on social media, some how, always finds it’s way back to them. This is the case with DJ Sbu who trended on Wednesday following the unveiling of his new carbonated drinks.

The talented DJ is diversifying his MoFaya brand to now offer a range of carbonated drinks. Impressed by it, and out to support their fave, his followers tried promoting the new drinks, urging users to support local and black-owned businesses by supporting Sbu.

However, things took a different turn when certain users slammed the Mzansi star for allegedly contributing to the financial problems of some of Mzansi’s big artists. This includes ProKid, Brown Dash, Zahara and Ntando. Some users dug up Sbu’s history as the co-founder of TS Records and all the things he did.

Some stated that they wouldn’t support him because he almost ruined Zahara’s career. A user revealed that she would only buy the drinks if he returns Zahara’s “Loliwe” album to iTunes. There were quite a lot of angry and disappointed tweets, with some claiming he blocked them for speaking against the things he did. 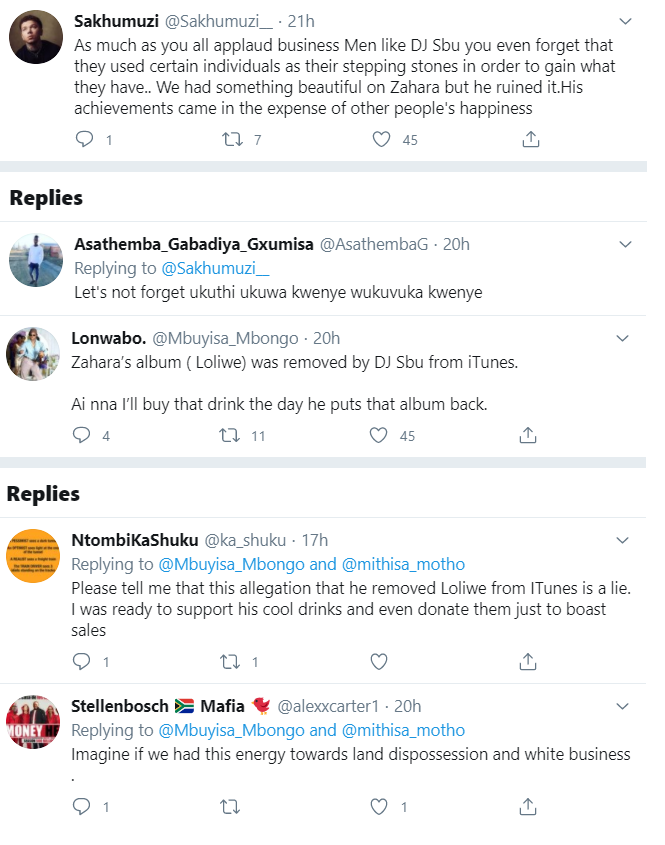 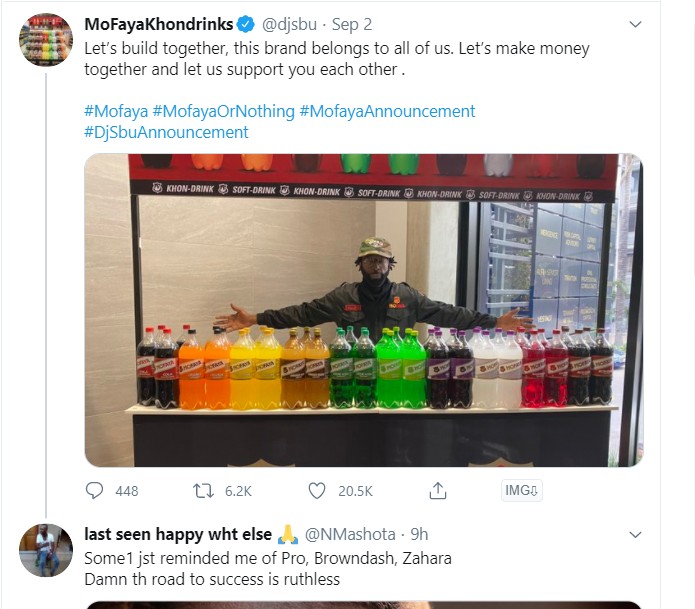 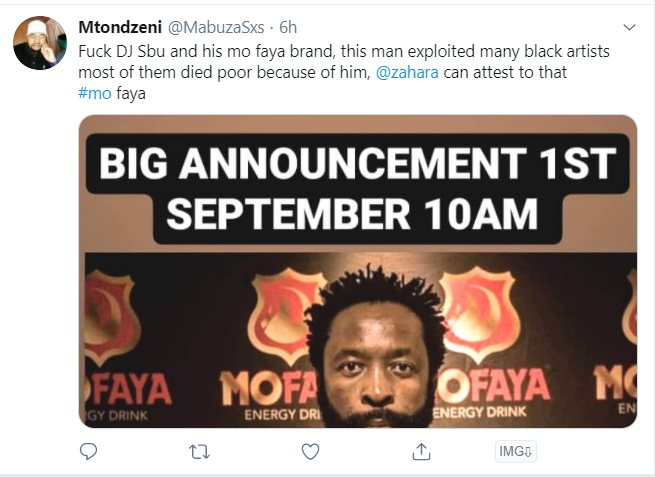