The song began trending when presidential hopeful Duduzane Zuma (Jacob Zuma’s son) shared a clip of him walking out of a building while the song played in the background. Out of that short clip, a challenge called #duduzanezumachallenge was born.

At last count, musos like Babes Wodumo, DJ Tira, DJ Nave and DJ Fresh, among others, had done the challenge

Also, the clip tossed big Zulu’s latest song to the top of the charts and trends in South Africa. Given the success of the song many expect other celebs in Mzansi to celebrate big Zulu or at least shout out his song, but it appears like some of the industry’s voices have been silent on the song.

This led Big Zulu to wonder out loud why that was the case. Well, his pal DJ Sbu was out with a ready explanation. According to the DJ, who gladly calls himself a hustler, it might be that other artistes are jealous of big Zulu’s success, hence the decision not to acknowledge big Zulu and the impact his latest song is making. 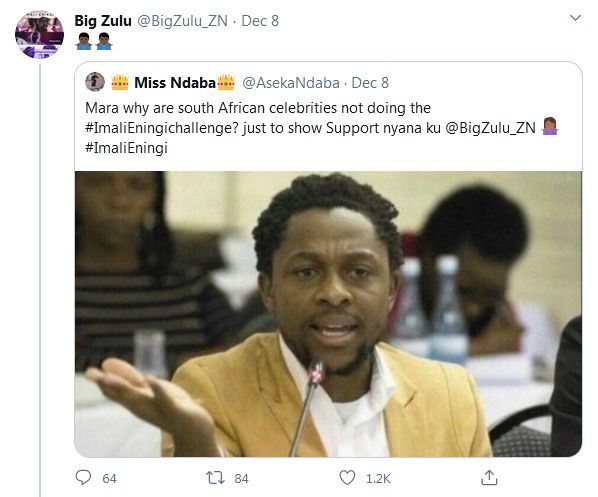