We appear to have stepped into a new season of drama involving controversial music executive Lavida NOTA, as a Johannesburg High Court ordered him to pay the sum of R200,000 in damages to DJ Shimza.

In case you haven’t been following the case, DJ Shimza recent threatened NOTA with a defamation case, and the latter had bid the former to go ahead with whatever. DJ Shimza had done just that and won big time in damages.

The case dates back to 2021, when DJ Shimza’s eatery, HangAwt, won a tender to cook for the ministry of finance. NOTA had claimed at the time that Shimza was corruptly profiting from the politicos in the ministry.

The claim did not sit well with Shimza, and he slammed NOTA with a defamation suit. The case had dragged on since then. Now it appears like Shimza has gotten the upper hand with the court order asking NOTA to pay him R200k in damages. You can check it out below. 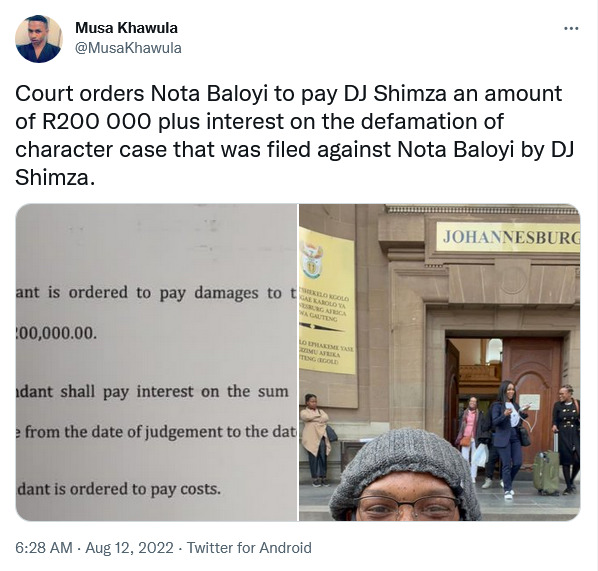 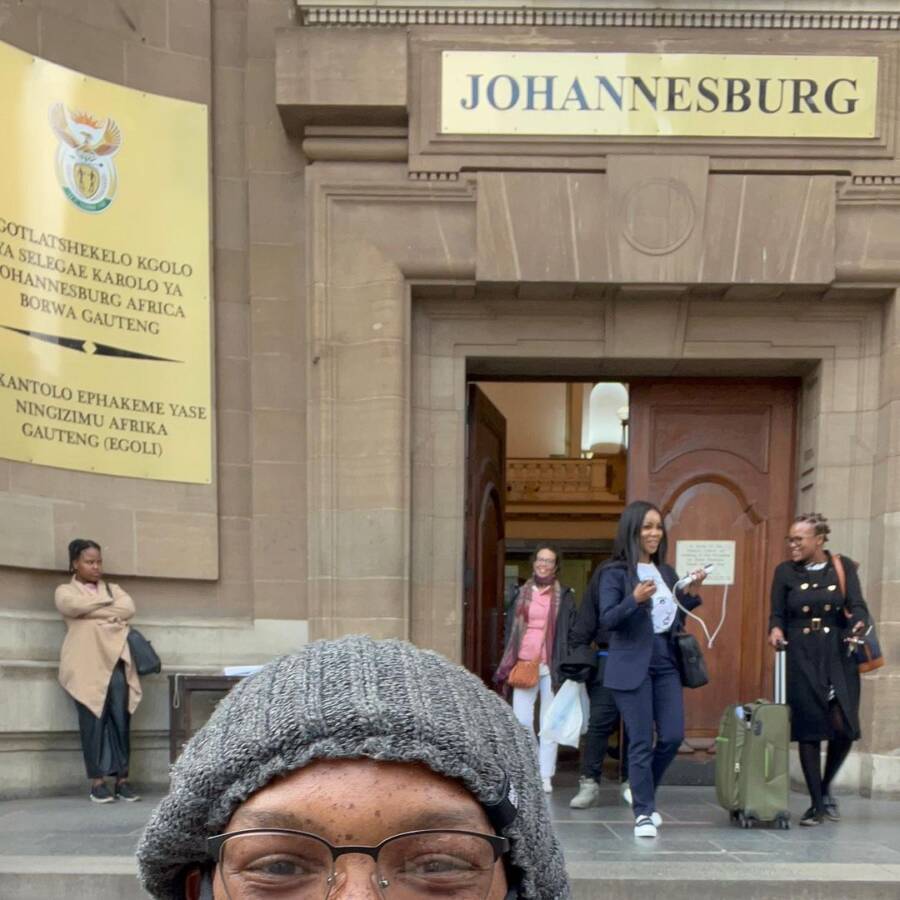 It’s unclear if NOTA will actually pay or challenge the ruling in a superior court. But, whatever decision he should take, you can count on us to share the same with you. So, follow us right away and stay tuned if you please.

Tags
Nota
John Israel A Send an email 13 August 2022
Back to top button
Close
We use cookies on our website to give you the most relevant experience by remembering your preferences and repeat visits. By clicking “Accept All”, you consent to the use of ALL the cookies. However, you may visit "Cookie Settings" to provide a controlled consent.
Cookie SettingsAccept All
Manage Privacy