Afrotainment boss DJ Tira has mocked a scammer who tried to bilk a Facebook user of the sum of R1,000.

The person he wanted to scam was apparently familiar with the con and told the scammer off, at which point the scammer demanded respect, stating he is a celebrity.

DJ Tira shared screenshot of the hilarious conversation, loudly scoffing at the scammer’s request for respect. 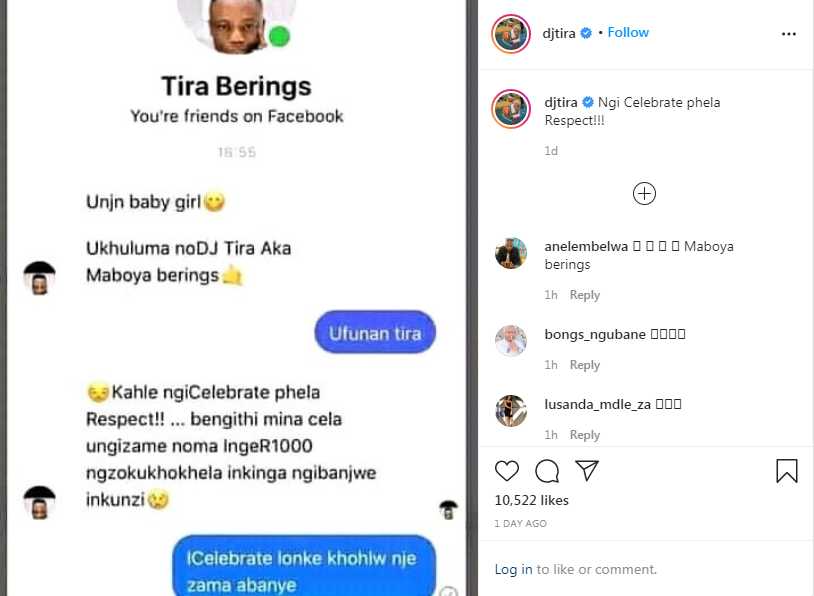 By the way, this isn’t the first time DJ Tira’s name and image have been used by scammers. It has happened previously, and DJ Tira had warned the public also, publishing screenshots of the scammer’s message.

Also, DJ Tira isn’t the first and only celebrity whose image and name have be used to con artistes. Several celebs have suffered the same misfortune, including Prince Kaybee.

Well, what do you think about the scammer’s request for respect and DJ Tira’s rsponse to the con? You may share your thoughts in the comment section below.