Afrotainment boss DJ Tira is unapologetic over his lit groove that provoked controversy online because it was against the law. The songster had held a gig over the weekend, which was contrary to extant laws prohibiting the same. South Africa is currently under level 4 lockdown.

The “Ikhenani” star had shared a clip of him performing at a lounge and thanked those who showed up for his performance. The reactions to the clips were instant. Many social media users denounced the DJ for the performance which clearly showed attendees in a cramped space and with no face masks.

Some social media users condemned DJ Tira for valuing money above human. DJ Tira had to take down the post when he saw the mistake in him sharing the clip. But tweeps had already screenshot the post.

Reacting to the criticism, the songster was defiant, making it known that he was not the venue owner and should therefore not be blamed for what went down at the lounge. He said he is just a DJ, and he gets booked, gets paid, and then goes home. See this post below. 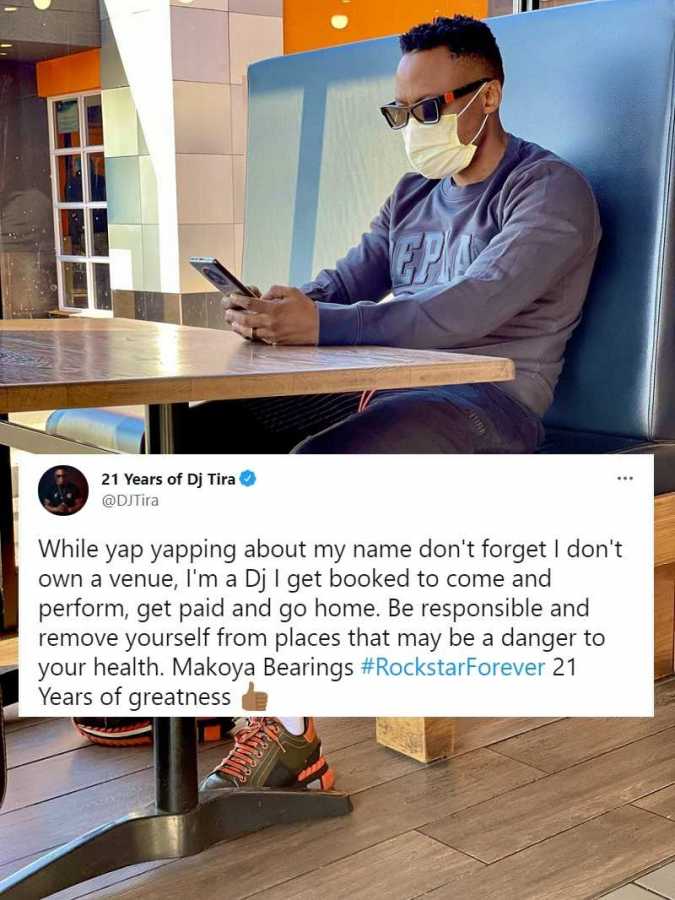 His reaction infuriated even more social media users. Well, what do you think? Share your thoughts below.