A social media user who questioned DJ Tira’s contributions to South African music got the shock of his life when the musos fans rose to his defense.

A Twitter user had shared a list of four artistes, Black Coffee, DJ Maphorisa, DJ Tira and Kabza De Small, asking which one they users of the microblogging app would delete from the list.

Many pointed out that they would delete the Afrotainment boss from the list. Unimpressed by that verdict, DJ Tira’s fans had risen to his defense, listing his contributions to the music industry in South Africa.

As far as one of his fans is concerned, the “Thank You Mr DJ” hit maker is a legend and one who deserves his flowers now that he’s still alive.

Another fan of DJ Tira pointed out that the songster was instrumental to the rise of key figures in South African music, including Distruction Boyz and Big Nuz, as well as the musical event Fact Durban Rocks. 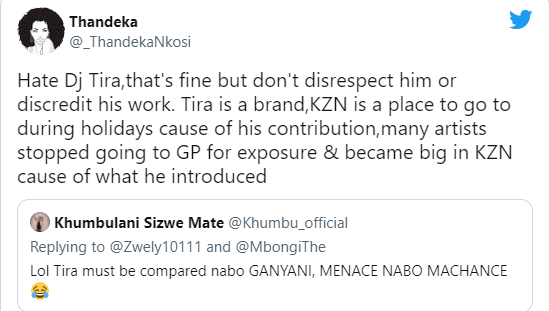 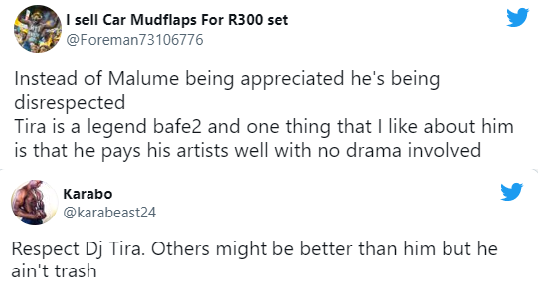 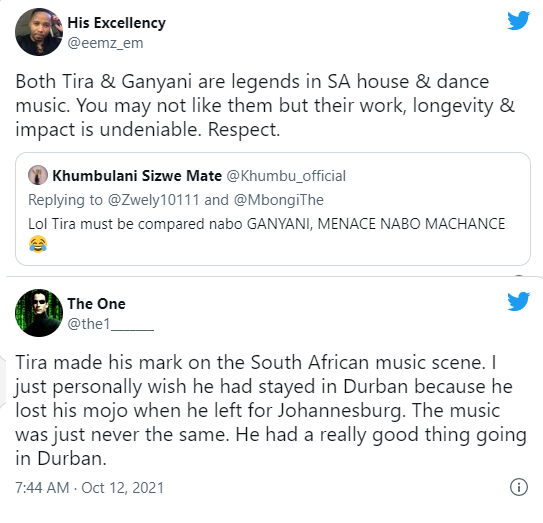 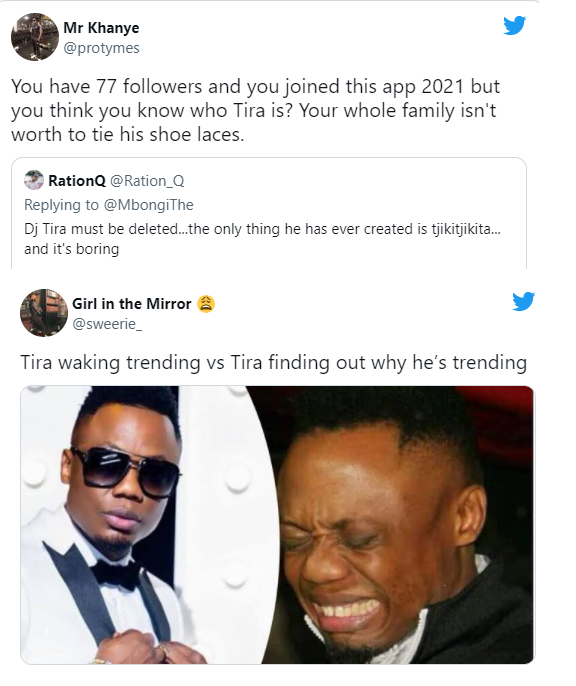 And yet another fan pointed out that it isn’t DJ Tira that should be deleted from the list but the person who had come up with such a list in the first place.

The arguments continue on social media.

Tags
DJ Tira
John Israel A Send an email 13 October 2021
Back to top button
Close
We use cookies on our website to give you the most relevant experience by remembering your preferences and repeat visits. By clicking “Accept All”, you consent to the use of ALL the cookies. However, you may visit "Cookie Settings" to provide a controlled consent.
Cookie SettingsAccept All
Manage Privacy