Afrotainment boss DJ Tira has just announced his song “Uyandazi” will be released this Friday 25 June 2020. The song will feature the songstress Berita.

The muso, who calls the shots at Afrotainment, a premier record label and artiste management agency in South Africa, made the announcement in a recent Instagram post. The song will be part of his album “21 Years of DJ Tira.”

The announcement has been greeted with massive excitement by fans. One is curious, though. The day given for the release of the album is just 24 hours to the 26th, a day slated for the release of Kabza De Small’s album and considered inviolable by DJ Maphorisa but which, it appears, DJ Tira is keen to violate by releasing an album same day. Will he still release the album on the 26th? Or was he merely joking? 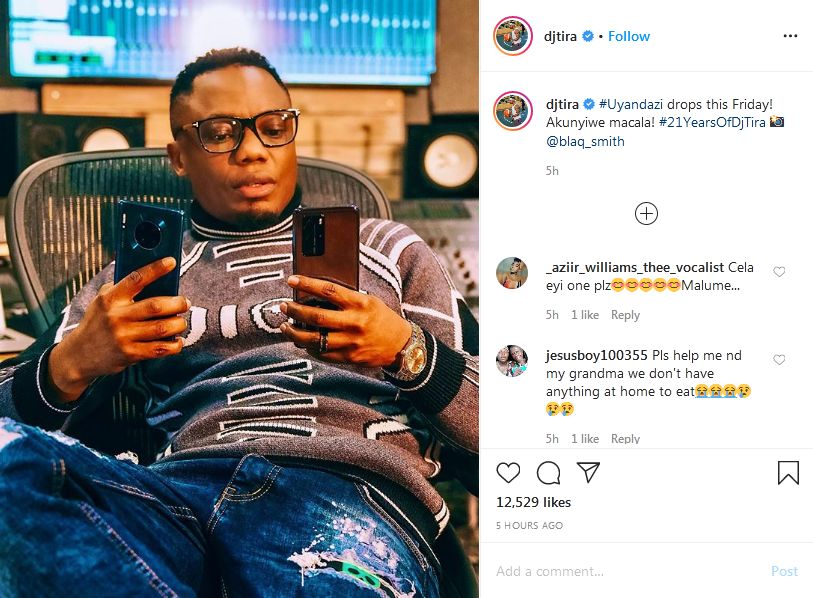 Well, Friday is just three days away.  We can’t wait to see what DJ has cooked with Berita. We are confident it will detain attention when released. In the interim keep your eyes open. We will feature the song here on release.

Keep a date with us. You may as well let us know what you expect from the song, in the comment section below.

Tags
DJ Tira
John Israel A Send an email 23 June 2020
Back to top button
Close
We use cookies on our website to give you the most relevant experience by remembering your preferences and repeat visits. By clicking “Accept All”, you consent to the use of ALL the cookies. However, you may visit "Cookie Settings" to provide a controlled consent.
Cookie SettingsAccept All
Manage Privacy