For some time now, new lovers, DJ Zinhle and Murdah Bongz of Black Motion have been at the center of so much speculation. The two talented DJs have been rumoured to be in a romantic relationship but we haven’t really gotten hard proof up until now.

Since Zinhle’s split from her baby daddy, AKA, fans have wished her so much love. When a mystery man began sending her lovely looking flowers, fans knew she had found someone new and went on a mission to unveil him. It didn’t take long until he was revealed to be Bongz. Still, Zinhle kept quiet about it all.

Now, the new lovers are giving fans a taste of their love. A recent photo of the two looking all loved up has surfaced and we can’t get enough of it. It sees the “Umlilo” hit maker laying her head on Bongz’s back. Somehow, this makes us really happy. 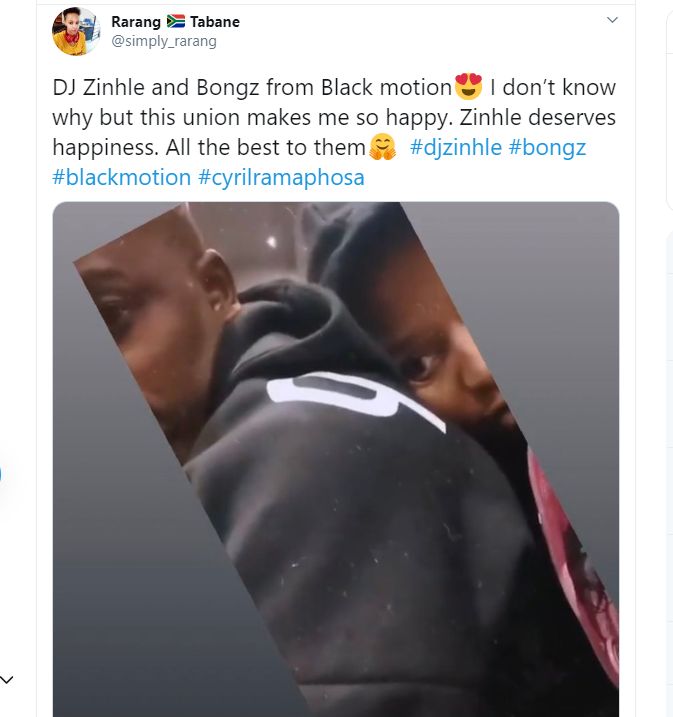