2022 is here and Mzansi songstress and entrepreneur DJ Zinhle will be working harder than she’s ever worked – or so she said in a recent post on social media.

Following an inquiry by a fan, the celebrated singer and mother of two had revealed that she’ll be opening her first hair salon this year – a place where people can not only buy hair from her Hair majesty brand but have the hair made as well. You can check out the tweet below. 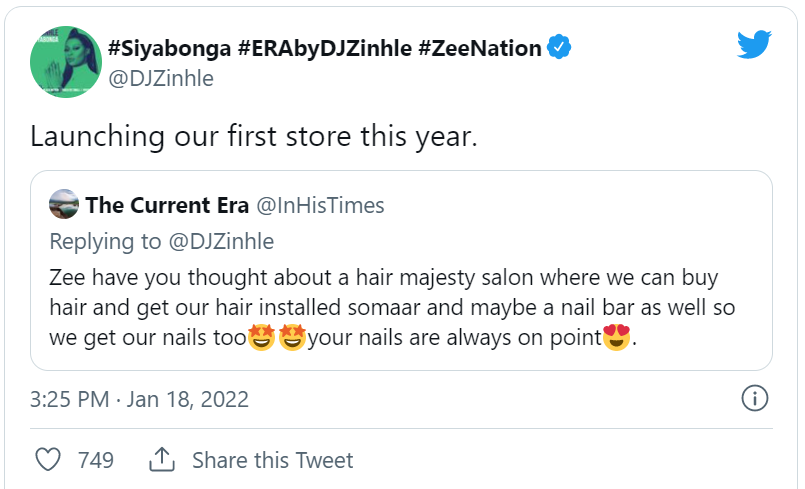 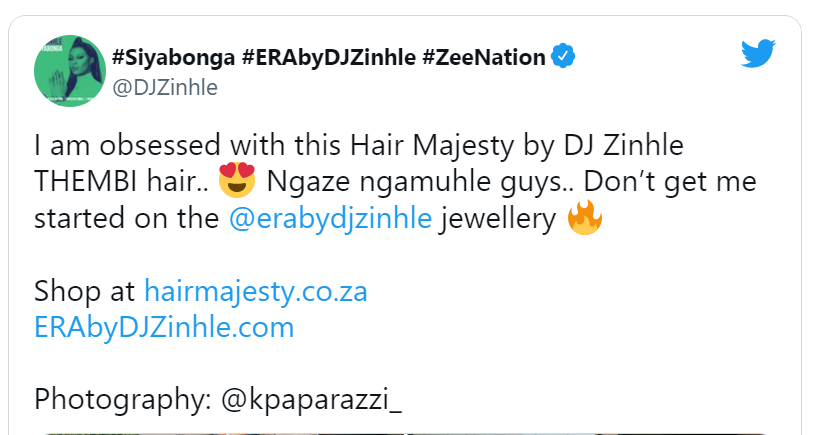 DJ Zinhle is one of the South African musicians who beautifully combine entrepreneurship with music. She’s launched several businesses which she effortlessly runs alongside her music career.

Over a year back, she had bought the controlling stake at the wine brand Boulevard Rose and taken over as CEO. She’d also launched a brand called Era by DJ Zinhle which deals in watches, Sunglasses, among others.

She opened her first physical store at the Africa Mall last year. She’ll be opening a new store in Limpopo as well.

Add the nail salon she’s planning to open this year, and you’ll have no trouble believing that Zinhle Jiyane will be keeping her promise of working harder than she’d ever done, this year.

Tags
DJ Zinhle
John Israel A Send an email 19 January 2022
Back to top button
Close
We use cookies on our website to give you the most relevant experience by remembering your preferences and repeat visits. By clicking “Accept All”, you consent to the use of ALL the cookies. However, you may visit "Cookie Settings" to provide a controlled consent.
Cookie SettingsAccept All
Manage Privacy