A recent chart released by radio monitor South Africa indicated that the song is currently the most played on radio in the Rainbow Nation. Next on the chart was Sbahle’s “Emlanjeni” and MFR Soul and Major League’s “Amanikiniki.”

Other artistes who managed to find places on the chaart include Babes Wodumo, Jayhood, gqom queen Babes Wodumo and her boyfriend Mampintsha, Nomcebo, Blaq Diamond, and Master KG. the list is by no means comprehensive.

DJ Zinhle celebrated the song’s success with a post on her Instagram page showing her place on the charts. She tagged her collaborator on the song. 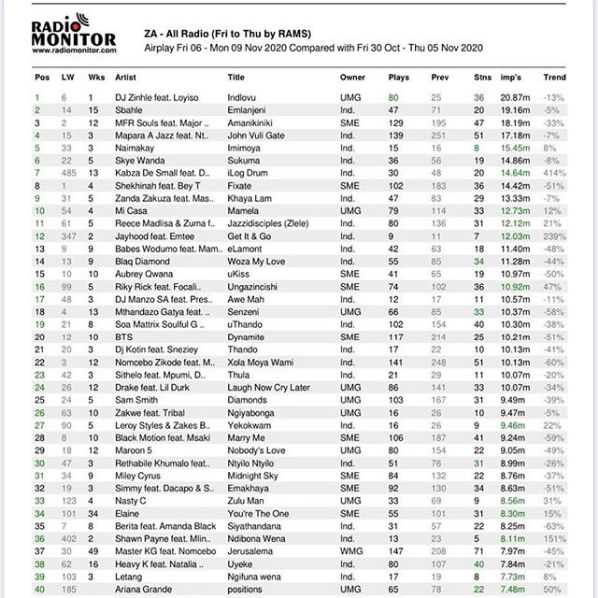 DJ Zinhle isn’t just winning in the world of music, but in the world of business as well. The “Uzibuya” songstress recently bought a controlling stake at Boulevard Nectar Rosè, taking ober as CEO.

By the way, her single “Umlilo,” which has Rethabile and Mvzzle as guest, won a namibian music award a month ago.

What do you think of DJ Zinhle and Loyiso’s songs topping radio charts in Mzansi? You might want to drop your thoughts below.