DJ Zinhle and boyfriend Murdah Bongz have just revealed the name of their unborn. They used a unisex name, so fans have been guessing if it’s a boy or a girl.

In a post to Instagram, Murdah Bongz, one of the two-member Black Motion group, had shared an image of him and DJ Zinhle in their child’s nursery. They were both rocking black outfits complemented by black shoes.

The background of the snap shows the word “Asante” in gold. It is the name of their unborn child. DJ Zinhle confirmed this herself in the comments of the same post. 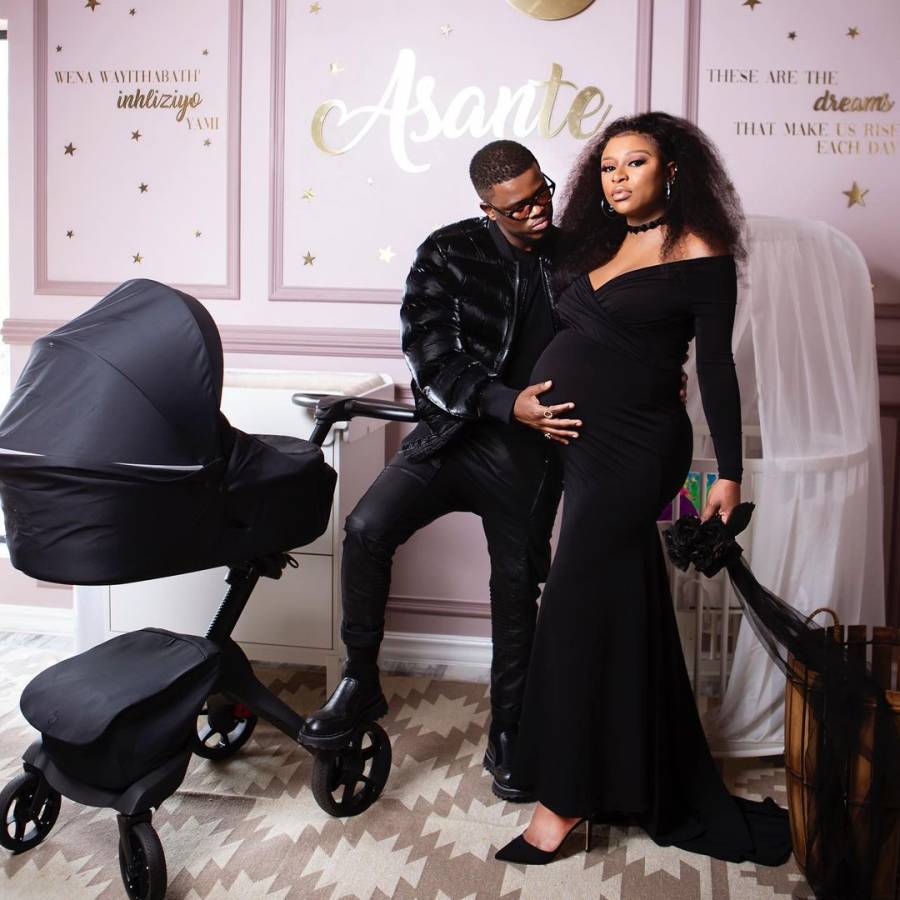 By the way, DJ Zinhle was initially secretive about her pregnancy. She had hidden her baby bump but fans were already suspecting she was pregnant. She confirmed the pregnancy the same time she announced a new reality TV show dubbed The Unexpected.

The show is expected to take fans through her pregnancy journey and will be showing on the Black Entertainment Television (BET) network.

DJ Zinhle has not revealed when she’ll be giving birth, but fans are already expectant. The songstress already has a daughter, Kairo Owethu Forbes, from a previous relationship (with AKA).

Will Kairo have a brother or a sister in the coming months? Stay tuned for that.