It’s been a memorable year for Mzansi Singer DJ Zinhle and the “Uzobuya” songstress is grateful to everyone who has made it what it is.

She’s just given birth to a daughter she’s so pleased to have and whom she considers a blessing. Through her pregnancy journey, she had received support not only from her team members but from her business partners and boyfriend as well. For all of this, she’s grateful.

In a recent post to Instagram, she shouted out this people, including the Murdah Bongz, the father of her daughter Asante. You can check out her post below. 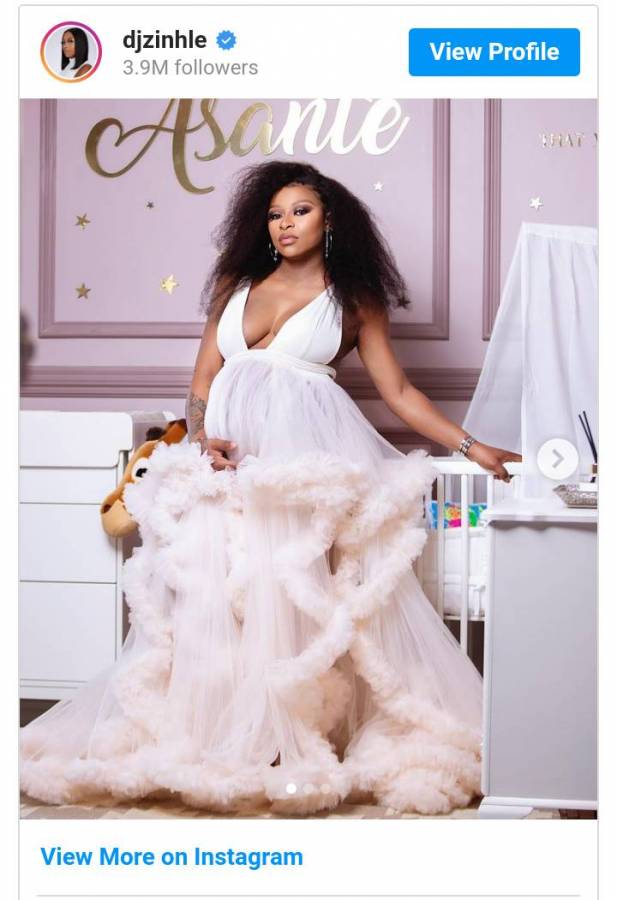 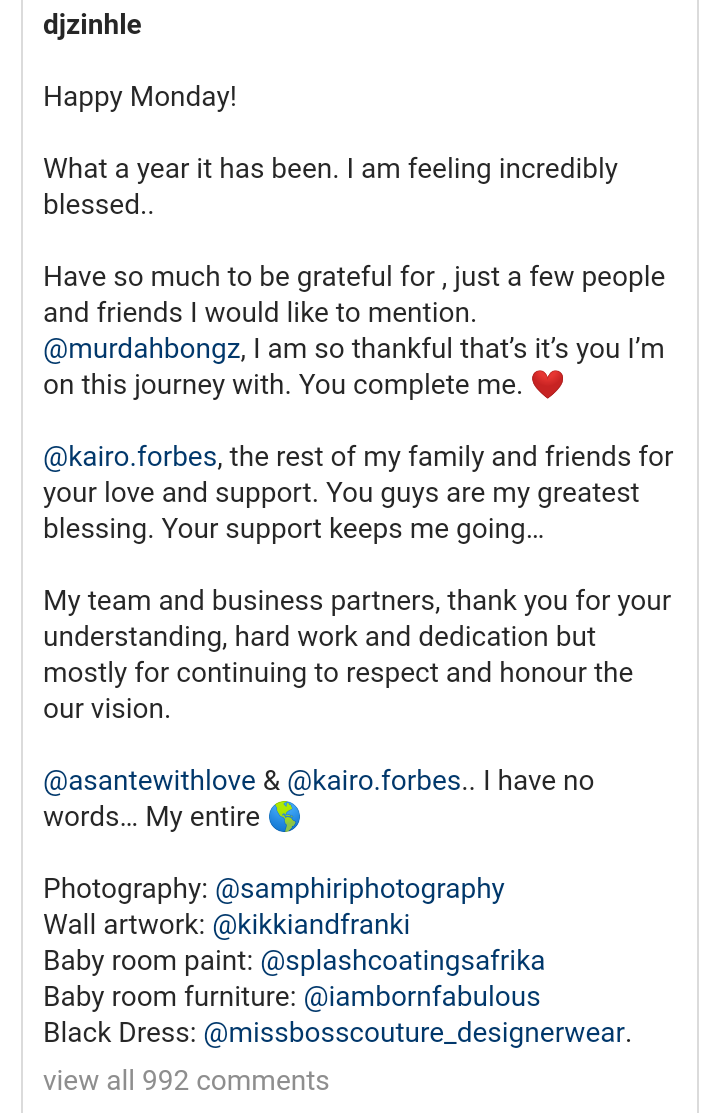 DJ Zinhle was pregnant for months, and although fans suspected all along that she was with child, it wasn’t until she was close to giving birth that she confirmed her pregnancy.

In announcing her pregnancy, she had also unveiled her reality TV The Unexpected, which would take fans through her pregnancy journey. The first episode of the show has already aired.

The songstress previously had a daughter (Kaito Owerhu Forbes) from her relationship with Kiernan “AKA” Forbes. She’d dated him twice and broken up with him twice.

Some of her fans think she’s in a better place with Murdah Bongz. Do you agree?